New Urbanism and the Booming Metropolis

Austin welcomes the Congress for the New Urbanism XVI 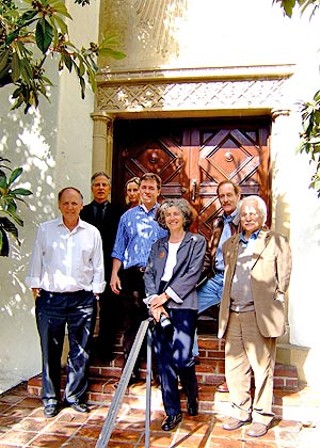 The big top of New Urbanism is coming to town – CNU XVI: New Urbanism and the Booming Metropolis – a congress that will showcase, shame, and enlighten our local development leaders April 2-6. Not unlike a certain local music-industry conference, the annual Congress for the New Urbanism carries an impact and popular appeal that reach far beyond the industry it serves. The conference has a reputation for transforming thinking and land-use patterns in cities where it's held; CNU XVI will be Austin's virgin experience. We'll be in the fishbowl – analyzed by some 1,000 leading progressive developers, real estate types, architects, town planners, and city officials from around the country and the world – as we search for solutions and celebrate and share our successes. Congress participants will receive a whole book on Austin and Texas thinking and case studies, Emergent Urbanism.

Founded in 1993, the Congress for New Urbanism has been tremendously influential for a movement so young – largely because it's a case of "everything old is new again." New Urbanist developments (and, increasingly, redos of downtowns and failed suburbs) reject late-century development sprawl in favor of traditional principles of architecture and town planning. They hold an intuitive appeal, because they're familiar from all cities evolved through human history – until the automobile mucked everything up. This national event runs Wednesday through Sunday, April 2-6, at the Austin Convention Center. Register online at www.cnu.org/cnuxvi or on-site in the palazzo area, on the Cesar Chavez side of the Convention Center, beginning at 3pm, Wednesday, April 2. Registration rates vary up to $915, but there are a number of free events and others priced to attract a more general-interest audience.

The exciting opportunity for Austin and Cen­tral Texas is CNU's power to shape a meeting of minds as we wrestle to craft a vision for regional growth and transit. Session topics like­ly to influence regional conversations include:

•Getting on Track: Streetcars in the Boomtown;

•Visualizing Density – and Getting It Right;

•Learning From the Booming Region;

As of early last week, those issues had drawn more than 200 Central Texas CNU XVI registrants. Many local developers, real estate firms, and architects will send contingents; they include Andrews Urban/360 Condominiums, Black + Vernooy, Doucet & Associates, Endeav­or Real Estate Group, ERO International, Schlosser Devel­op­ment Corp., and TBG Partners. On the public-sector side, the cities of Round Rock, Leander, Hutto, Bryan, Elgin, Georgetown, Victoria, and San Antonio are sending the curious and the faithful. An impressive 30-plus registrants come from the city of Austin alone.

Yet other local elected officials, stakeholders, and developers that organizers hoped to attract were missing from the registrant list – even for the one-day New Urbanism 101 crash course. (See p.33 for registration info, including a special Austin Chronicle discountednonmember rate for the 101 course.) Card-carrying CNU members and conference co-organizers Wynn and McCracken hadn't yet persuaded their council colleagues to trek over to the Convention Center for Austin's biggest real estate development conference ever. Nor did the city have any official plan for how to capture the benefits of the conference, going forward. No county commissioners or staff had registered – from Travis, Williamson, or surrounding counties. State Rep. Mike Krusee (a passionate New Urbanist who serves on the national CNU board) is hoping to bring in more locals but hadn't yet collared any statehouse colleagues, on either side of the aisle.

New Urbanism already has shaped city initiatives like the 2007 Design Standards and Mixed Use Ordinance. Many of those requirements for better design and streetscapes hearken directly back to CNU; the congress energetically advocates for restructuring public policy and land-use codes to promote better city-making. In fact, the wholesome whiff of New Urbanism wafts through nearly every positive 2007-2008 city initiative for higher design and development standards. Those include requiring public benefits of private developers (e.g., Downtown "density bonuses" and higher standards for planned unit developments), the Downtown Austin Plan, the Big Box Ordinance, the Concordia University campus-redevelopment concord, transit-oriented development and station-area planning, and (for better, then worse) Mueller and the Domain.

The populist local appeal of New Urbanism has been evidenced most dramatically in the fight over Northcross Mall; the neighborhoods advocate a New Urbanist redevelopment, while developer Lincoln Property Co. clings to an outdated suburban model. (Lincoln is missing on the CNU list as well.) The subsequent lawsuits against Lincoln and the city (costing Austinites more than half a million dollars for lawyers on both sides), the City Council candidacy of Respon­sible Growth for Northcross spokesman Jason Meeker, and the new Better Austin Today Political Action Committee can all – at a stretch – be laid at the feet of citizen faith in New Urbanism.

Of course, we won't find Northcross among the session topics at CNU XVI. But though you'd never know it from the kvetching of some local activists, Austin does serve as an inspiring role model for many up-and-coming communities – much as some Austinites idolize Portland, Ore., and Vancouver. A number of presenters and panelists are influential Austinites discussing local efforts (see box). Hundreds of national and international thinkers will trek around Austin to see and learn: Tours feature sustainable buildings, Mueller, South Congress, Lady Bird Lake, transit lines and TODs, the Domain, and Downtown living. Beneficial for Austin will be an "urban lab" that asks smart New Urbanists to study Manor Road; they'll offer ideas for the proposed streetcar alignment and how best to complement it with new retail and transit-oriented development.

Perhaps the hundreds of Central Texans attending may even glimpse a collective era-shifting answer to the thematic question posed for New Urbanism and the Booming Metropolis: How can regions preserve their local characters and environments while creating vital new and renewed communities? Here in character-rich Austin, that's what we'd all like to know.

For the full CNU XVI program schedule and online registration (by March 28), visit www.cnu.org/cnuxvi. Walk-up, on-site registration will open at 3pm on Wednesday, April 2, at the Austin Convention Center.

Note: Emergent Urbanism: Evolution in the Urban Form, Texas, edited by Black + Vernooy Architects, includes an article by Katherine Gregor on Mueller (adapted from the Chronicle) and an article co-authored with Jana McCann on the Downtown Austin Plan. Provided to all CNU registrants, it also is available through the UT-Austin School of Architecture.