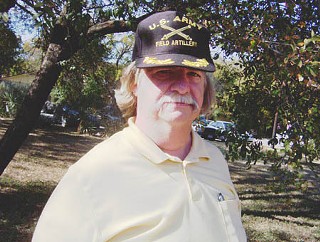 West Austin's Westbank Community Library District will hold its first-ever contested elections this May, thanks to a retired veteran who challenged the district's decision to name a new branch after first lady Laura Bush late last year. The district's elected board of trustees has sat uncontested since 2001, but veteran Alan Roddy has filed to run as a self-proclaimed "outsider candidate," forcing elections in hopes of getting a new voice heard. "My main purpose was to make them exercise their democracy," Roddy said. If the library couldn't be named for military veterans who fought for democracy, as Roddy suggested in protests and pickets outside the existing library last fall, the district could at least hold democratic elections to name trustees, he said.

Roddy lives in the unincorporated area around West Lake Hills and says the library district, a service entity that gets funding from sales taxes, doesn't share the interests of rural folks in West Austin. He doesn't expect to win on May 10, but he has a platform anyway: Move library district meetings from 8:30am on certain Wednesday mornings to the evening, when more working people can attend, and create a library district for unincorporated areas. Running for the board is a matter of principle, Roddy said. "I'll make them have an election every year. ... That's my victory."