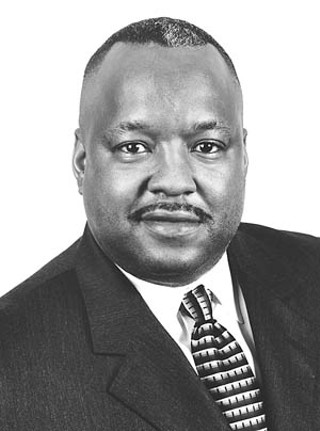 Austin-area defense lawyers are bracing for a spike in immigration cases, thanks to U.S. Immigration and Customs Enforcement's plan to set up shop at the Travis Co. Jail and the Travis Co. Sheriff's Office's apparent willingness to oblige.

For three decades, immigration officials have been dropping in at the jail, checking booking sheets and deporting criminal immigrants. But ICE's plan to set up a 24-hour operation at the jail has raised a number of red flags. In marathon testimony before Commissioners Court last month, immigrant-rights activists, including members of the Texas Civil Rights Project, sharply criticized TCSO officials, arguing the office was assisting in the racial profiling of suspected undocumented immigrants and unconstitutionally detaining legal residents on mere suspicion. The activists rejected Sheriff Greg Hamilton's explanation that all ICE wants is a chair, a desk, and immigrants who have been convicted of a crime, and he has no grounds to deny them that; in effect, activists alleged, TCSO has fallen in with ICE's Criminal Alien Pro­gram by helping to facilitate it. (According to ICE, the agency in 2007 identified for deportation an unprecedented 164,000 convicted immigrants at local, state, and federal facilities.)

At a Tuesday rally at the TCSO, the Work­ers Defense Project led reportedly somewhere between 50 and 100 people in challenging the county's deal with ICE. "We are protesting Hamilton's voluntary decision to heighten collaboration with ICE by allowing it to have a permanent presence in our jails," spokeswoman Cristina Tzintzún told the Chronicle. "No one's debating that [the] SO share information with ICE," said Tzintzún, who claims Hamilton told her publicly that he decided to let ICE in the jail. "I asked what could be done to change his decision," she said. "He said, 'Nothing.'"

During a Feb. 12 Commissioners Court meeting, Hamilton appeared to bristle when commissioners suggested that jail space could be better allocated. As reported in the Austin American-Statesman, Hamilton faced critics again that same night (with no ICE backup), at a community forum where immigration attorney Malcolm Greenstein accused the department of "naivete," emphasizing the distinction between "an arm's-length relationship and embracing [ICE]."

Then, on Feb. 27, Hamilton arranged a meeting between the public and ICE, in the interest of transparency, according to Public Information Officer Roger Wade. "Hamilton was just the facilitator. We wanted the public to have a voice," Wade told the Chronicle, adding that some attendees asked that ICE not be let in the jail, while others said they wanted ICE anywhere the agency needed to be. As announced on the TCSO website, the public may continue commenting by e-mail to roger.wade@co.travis.tx.us or by mailing the TCSO, attention "ICE Comments." "Of the 100 or so e-mails I've received, all but one was in support of ICE," Wade said. (Most have been deleted, he said.)

ICE has reportedly only set up shop in the jail part time at this point. Opponents will likely continue blasting the plan, on the grounds it unfairly targets minority inmates, legal or not. The Workers Defense Project is trying to arrange a meeting with Austin Police Chief Art Acevedo to discuss how Hamilton's policy "erodes" APD's efforts to "build ties" with the immigrant community.

The Austin Criminal Defense Lawyer website (blog.austindefense.com), published by attorney Jamie Spencer, first reported the arrangement with ICE in January: "Local defense attorneys had noticed a much higher rate of immigration holds being placed on clients. Was this a trend?" After the plan went public, the site posted a comment alleging stepped-up profiling will be inevitable once ICE settles in: "I'll bet I'm not the only criminal lawyer in Austin that knows what 'suspect they are undocumented' means. It means 'having the wrong name.'"