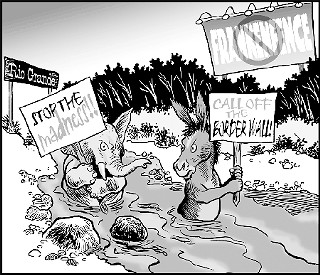 As Democratic precinct caucus results trickle in from all along the Texas-Mexico border, a couple of things beyond candidate preferences are becoming clear: Hatred of the federal government's planned fence/wall hybrid for the region is bipartisan, and it stretches in patches all the way from the Gulf of Mexico to the New Mexico border. Democratic and Republican party leaders in Camer­on, Starr, Webb, and Presidio counties, as well as a Sierra Club Rio Grande chapter leader in the El Paso and Brewster County areas, confirmed this week that voters in their precincts passed anti-wall resolutions. That sentiment could possibly filter upward, as Texas will hold its county and district conventions on March 29, at which point precinct delegates will vote on the resolutions.

"[I'm] 99.9 percent sure the county will pass a resolution opposing the border wall. ... I don't know of an individual that supports it ... not from South Texas, at least," said Cameron Co. Demo­cratic Party Chair Gilberto Hinojosa. "We value our relationship with Mexico. It's a slap in the face to that relationship. Not only is it a bad idea in that respect; it's an environmental disaster."

The resolutions that pass will go to the Democratic and Republican state conventions – June 6-7 in Austin and June 12-14 in Houston, respectively – where both parties' resolutions committees will vote on them, followed by the entire conventions. Logically, the process will become more unpredictable away from the border. Any resolutions that do get approved by their state conventions, however, will be incorporated into the parties' state platforms, making them national-convention bound – although there the odds of adoption get much longer. The Democratic National Convention is Aug. 25-28 in Denver; Republicans gather Sept. 1-4 in Minneapolis. 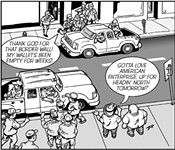 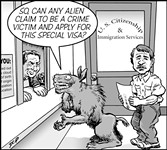 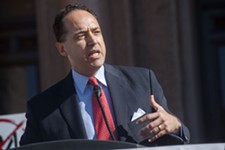 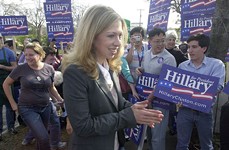