Laid-off janitors at Target sue for overtime and back pay 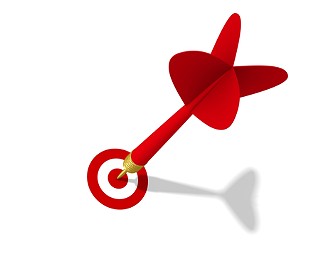 For anyone who has ever set foot in a Target store and experienced the hospital-like sterility that lies within, it's apparent that the Target Corp. is keen on clean. "Having clean, shiny stores is one of the four things that Target was founded on," one Target official said in recent courtroom testimony. "It is part of what we stand for. ... It is part of our brand statement."

Just how Target achieves its trademark cleanliness can be quite a dirty business, according to former janitors from Austin and San Antonio, who are suing the company for unpaid wages and overtime. The plaintiffs (in two parallel suits) are 190 Spanish-speaking men and women between the ages of 16 and 42, who worked for Target from 2003-06 through a contractor called Jim's Maintenance Services. Earlier this month, Judge Xavier Rodriguez, U.S. district judge for the Western District of Texas, ruled against a motion by Target's lawyers to dismiss the company from one suit on the grounds that the 29 named workers were not Target employees but rather independent contractors.

A list of undisputed facts derived from hours of deposition testimony and appended to the court ruling, records in detail how managers would lock cleaning crews in overnight to enforce Target's stringent cleaning standards. Shifts would typically start at 10:30pm and end at 7am or 8am. More often than not, workers would stay after the scheduled quitting time, until all the cleaning was completed to precise specifications. Yet according to the testimony, workers were never compensated for the work done after the time when their shift officially ended, nor were they paid overtime, despite consistently working 55 to 75 hours a week. Juan Itzep, a plaintiff in the case, said in an interview with Univision, "I worked 10 hours a week; I had a break about every 15 days, a full work week for 7 days, then 6 days the next week."

Shoddy record-keeping further shortchanged employees. Jim's Maintenance never recorded hourly work, only whole days. Accord­ing to court documents, one worker was paid $700 semimonthly, which based on the hours worked amounted to $4.86 per hour. "I vacuumed carpets, I cleaned bathrooms and kitchens. ... I knew [the accounting was wrong], but honestly, I needed the job, and I needed to accept whatever they paid me," said Maria Puga, another plaintiff.

In 2006, the cleaning crews got an unpleasant surprise when, without notice, Target suddenly broke its contract with Jim's after a PricewaterhouseCoopers audit found that Jim's was improperly classifying janitors as W-9 contractors rather than W-2 regular employees. This effectively put Jim's out of business, since Target was Jim's biggest client. The janitors were left abruptly without jobs. Adding injury to injury, Target withheld a half-million dollar payment to Jim's – the janitors' final paycheck, and a sum which, as stipulated in the lawsuit, Target used instead to pay its own lawyers in the suit.

Target's lawyers had moved to be dismissed from the suit, claiming that the company had no obligation to the workers since they worked for a contractor. "Target never employed any member of the housekeeping team that Jim's assigned to work in Target stores, whether jointly or otherwise, and we no longer have a relationship with Jim's Main­tenance," said Target spokesperson Laura Opsahl in a prepared statement.

According to the ruling, Target had filed a cross claim against Jim's, asserting that the contractor was obligated under its agreement to comply with all labor laws and had failed to do so by improperly classifying the workers as independent contractors rather than regular employees. Target called on the court to make a summary judgment against Jim's – but Rodriguez declined to let Target off the hook.

On Feb. 14, the judge ruled that there is sufficient evidence that Target could be considered a "joint employer" under the Fair Labor Standards Act. "The law is quite clear that where a company utilizes a contractor to hire and pay workers, then both the company and the contractor are responsible," said Bill Beardall, a lawyer with the University of Texas Law School's Transnational Worker Rights Clinic, which is representing the janitors. But Rodriguez also declined to make a summary judgment in favor of the plaintiffs. He ruled: "Fact issues, however, exist as to whether Target is a 'joint employer' of the plaintiffs. Target maintains that it directed activities only on a limited basis to ensure that its operations were not affected."

In labor disputes like this one, courts commonly use what is called the "economic reality" test, which looks past contracting labels to determine who is responsible for managing workers, setting their hours, paying them, and controlling the hiring and firing. It appears that Target met nearly every requirement for being the janitors' actual employer. Target managers controlled workers' hours by locking them in, managers directed the cleaning crews with checklists and a number of manuals and guidelines, and Target provided all supplies and uniforms.

Furthermore, many of the workers also had worked for Target for years under previous contractors and were passed from one contractor to the next. Target would instruct Jim's on who to hire (in most cases the workers already on site), and if Target was displeased with a worker, it would suggest that Jim's fire them. And unlike most contractors, Jim's really only had one major client and just a handful of other smaller stores. Cleaning crews had no option to refuse work at Target to work at other locations. Beardall said: "Usual­ly an independent contractor works at one store one day and another the next. These workers worked at Target day-in, day-out. They worked more hours than some of the managers, even." Target contends that Jim's could have diversified its client base but chose, unwisely, to rely solely on Target for its business.

Under the court order, Target must enter into negotiation with the janitors, with the guidance of a mediator, to work out a settlement. According to the Transnational Worker Rights Clinic, the workers are seeking anywhere from $1 million to $1.5 million in damages and unpaid wages. If no agreement can be reached through mediation, the case will return to federal court. Target remains firm in its insistence that it has done nothing wrong. Opsahl said: "The judge's decision means only that the case continues. It does not mean that the plaintiffs have won and in no way implies that Target is at fault or owes any unpaid wages to these plaintiffs."

Locally and nationally, a campaign is under way to increase pressure on Target to settle with the workers. The Religion and Labor Network of Austin, part of a national coalition, started writing letters to Target in Decem­ber, but so far they've gotten little response. Carla Cheatham, executive director of RLNA, said Target needs to live up to its own ethical standards if it wants to keep its name as squeaky clean as its polished floors: "They like to think of themselves as the 'anti-Wal-Mart.' Many people shop there because of that. But if they're not careful, they'll get as bad of a reputation as Wal-Mart."