In Billy Lee Brammer's classic 1961 novel about Texas politics and Austin, The Gay Place, U.S. Sen. Neil Christiansen consults with the Texas governor who appointed him, Arthur "Goddamn" Fenstemaker – a fictionalized version of LBJ – about his upcoming election challenge; "Shouldn't I debate him?" Christiansen asks. "Oh hell no," Fenstemaker replies. "You're above all that now."

Then as now, in the political world, Fenste­maker's wisdom is also conventional wisdom: If you're the front-runner with the name ID, you have nothing to gain and everything to lose by agreeing to a debate with your unknown opponent. No point in letting the underdog turn in a sterling performance and gain some traction. Real-life Democratic U.S. Senate candidate Rick Noriega learned that lesson Wednesday night. After his campaign had said the five-term state representative from Houston wasn't likely to debate his leading challenger, Corpus Christi schoolteacher Ray McMurrey, Noriega finally relented and took on his rival last week in Jester Auditor­ium on the UT-Austin campus. (The other two Democrats, Gene Kelly and Rhett Smith, were not invited, since they're both perennial hobbyist candidates.) The result? McMurrey's Rocky Balboa landed some solid punches on Noriega's Apollo Creed. Fortunately for Noriega, there weren't that many people there to see it – the auditorium was less than half full, and the event wasn't televised, although Noriega's campaign did net-cast the debate live from its website.

Noriega's biggest problem – one he really needs to fix before he faces incumbent John Cornyn, which I'm still assuming will happen – is that his answers are squishy. McMurrey directly challenged Noriega, and Noriega strenuously avoided returning the fight, almost ignoring his primary opponent and acting as though it was Cornyn on the stage with him. 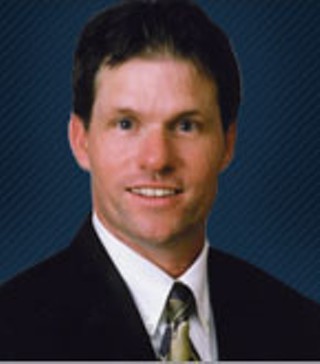 A prime example: While most of the questions came from the audience, at the end of the debate, each candidate was allowed to ask a question of the other. When McMurrey challenged Noriega to fight for "full coverage," Noriega wouldn't come right out and say "no" – instead, he answered the question indirectly by saying he would fight for "access to affordable health care," which isn't the same thing.

That wasn't good enough for McMurrey, nor for many in the audience. And conversely, for his question, Noriega just lobbed a softball at McMurrey that was guaranteed not to boomerang: "What do you see as the greatest disappointment by Senator John Cornyn?" If that's Noriega's idea of debate, he may as well have continued with his refusal to debate at all.

McMurrey landed other clearly articulated body blows. When questions came up about alternative energy policy, Noriega gave polished, politician-sounding talking points, while McMurrey took shots at Noriega's employment by CenterPoint Energy: "I respect Mr. Noriega's background and career with big energy; I understand his interest in the advancement of fossil fuel profits on his corporate management development team. However, I just feel we have enough of Reliant Energy and CenterPoint Energy and big corporate energy in the United States Senate. I feel they're overrepresented."

Noriega did come off well when asked if he supported publicly funded elections for the Senate: "Looking at Mr. Cornyn's account of $6 to $8 million, I absolutely support publicly funded elections." However, he added he thought the judiciary would be the best place to start. McMurrey challenged him: "I would like to ask Mr. Noriega, if possible, if he could give us the name of the bill and number, in the Texas House after five terms, [for] ... clean elections and publicly financed elections he sponsored." Noriega came back by firing off a list of bill numbers.

Ultimately, both candidates saved their best lines for Cornyn. Contrasting his experience in the Army and National Guard (including a stint in Afghanistan) with the incumbent's lack thereof, Noriega said Cornyn and other Republican war supporters "don't know the difference between M&M's and M-16s."

McMurrey pointed out that the notion of a fierce Texan progressive holding a Senate seat isn't unthinkable and compared himself to Ralph Yarborough, who held the other Sen­ate seat from 1957 to 1971. "He used to say we need to put the jam on the bottom shelf so the little guy can reach it," said McMurrey. "These Republicans have been hiding the jam since Ronald Reagan, and if you're lucky enough to find it, it's half-empty." 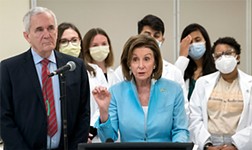