Point Austin: About Us

Unjust war and torture degrades us all

Perhaps while we're all busy this week prematurely celebrating the end of the Bush administration – still quite a few miles of bad road ahead – it's a cautionary moment to remind ourselves just how bad things have gotten. Last week, the Defense Department announced its intention to try the six accused al Qaeda plotters, now in high-security residence at Guantanamo Bay. The six, most prominently the notorious Khalid Sheikh Mohammed – purported "mastermind" of the 9/11 attacks on New York and Washington – are relatively recent additions to Guantanamo, having previously been held at unidentified "black site" prisons abroad. The government says it plans to pursue capital prosecutions in military tribunals of the six men, although it has some technical legal problems. There's this niggling little matter (as the government frankly admits) that it acquired the evidence against the six men partly through torture: sleep deprivation, extreme temperatures, stress positions, noise, various forms of psychological abuse, and the ever-popular (since the Torquemada administration) water-boarding.

Not to worry. The Pentagon has assembled legal "clean teams" to revisit all the accused, regain their trust by polite conversation, and convince them to rehearse all they told their original interrogators, this time out of the goodness of their hearts. If you're just a trifle skeptical, you're not alone. The U.S. plan is being roundly denounced around the world, and the response isn't much better at home. New York constitutional scholar Samuel Issacharoff told The New York Times, "There's no such thing as a do-over when you have an abuse of fundamental rights." John Hutson, a retired Navy rear admiral and judge advocate general, even more bluntly told the Washington Post, "Once you torture someone, it is hard to un-torture them."

I asked Austin attorney Dicky Grigg, who has worked pro bono on behalf of a few of the much less notorious Guantanamo prisoners (the overwhelming majority), for his reaction to the pending trials. He acknowledged that a few of the prisoners are undoubtedly "real bad men," and though he has no way of knowing the evidence against Mohammed and the rest, it appears that they may well be "real terrorists" at least partly responsible for 9/11. "But the sad part of it is," he continued, "that because of the U.S. government's behavior, instead of the world's focus being on the terrible loss of life [in 9/11] and what these men may have done, the focus will be on whether they can possibly get a fair trial and whether and how badly they were tortured."

Echoing the judgment of Secretary of Defense Robert Gates, who reluctantly inherited Guantanamo from Donald Rumsfeld, Grigg said, "I don't believe the world will believe that anything that comes out of Guantanamo is legitimate."

Grigg is one of hundreds of U.S. lawyers who are volunteer members of the "Guantana­mo Bar Association," organized by the Center for Constitutional Rights to do what they can on behalf of the Guantanamo detainees. His clients have been Afghans – "dirt farmers," Grigg describes them in his frank West Texas way – who were not captured in combat but were turned over to the U.S. by Afghan or Pakistani "bounty hunters," like 90% of the Guantanamo prisoners, who originally numbered about 750 (about 250 remain). In his frequent talks about the history, Grigg displays a leaflet promising great wealth to anyone turning in terrorist suspects to U.S. forces. The government's own documents reflect that a majority of the prisoners were innocent of any hostile acts against the United States and that less than 10% had any association with al Qaeda. Only 10 have been charged with any crime, and none has been tried or had any sort of fair hearing. Their incarceration, treatment, and dismal circumstances are completely illegal under both international and U.S. law.

Indeed, the headline-grabbing "high-value" prisoners provide a misleading impression of the circumstances of most of the prisoners. Barring action by the Supreme Court or Congress, Grigg has written, most of the prisoners will never receive even a fair hearing on their alleged crimes. "Ironically, the 'high level' detainees brought to Guantanamo [in late 2006] from secret prisons in foreign countries will have their cases heard before a military tribunal."

No such luck for Grigg's clients. After more than three years of imprisonment, including torture and sexual humiliation, his first client, a 56-year-old father of nine, was finally returned to Afghanistan as inexplicably as he was originally incarcerated – and immediately released by the Afghan government. The second was released and imprisoned there. (Grigg has just accepted a third client, of whom he yet knows little.) Given the circumstances at the prison and the military's approach to evidence, Grigg and his colleagues are able to do little in an orthodox legal way to assist their clients, but he believes the public pressure created by the Guantanamo Bar Association has helped some to freedom.

Asked by the BBC last week whether, in light of these documented (and admitted) abuses of human rights, the United States can still claim the moral high ground against its enemies, Bush responded: "Absolutely. We believe in human rights and human dignity." Grigg, with a little closer knowledge of the distance between U.S. rhetoric and actions, describes Guantanamo as "the symbol of the executive branch's refusal to follow the rule of law and a stain on the U.S., its moral authority, and its international reputation."

Grigg is notably nonpartisan in his criticism, employing a quote from John McCain to headline his presentations on Guantanamo: "It's not about them; it's about us." He says that while some overreaction to the 9/11 attacks was initially understandable, "Every time we abandon the rule of law, we always end up causing ourselves severe problems and doing a lot of damage to our moral authority and reputation." He believes that while some of the administration's reluctance to back down is ideological, and some obviously political, it also seems more simply that "nobody wants to admit that they're wrong."

For that craven bureaucratic sentiment, we're refusing to outlaw torture and putting people on show trial for their lives.

For more on Dicky Grigg's work and the situation at Guantanamo, see his "Guantanamo: It is not about them – it is about us."

Terror and Consent: The Wars for the Twenty-First Century
A UT Law professor's tremendously nuanced collision of big ideas 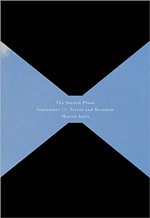 The Second Plane: September 11: Terror and Boredom
Martin Amis tries breathlessly to evoke the post-9/11 change in the zeitgeist and, less successfully, to find a moral ground from which to respond