With the decision of State Rep. Mike Krusee, R-Round Rock, not to run for a ninth term, the Williamson Co. Republican Party is facing something it has not had in District 52 since 2000 – a contested primary, one with four potential successors to the outgoing incumbent. The winner will face a Democrat and a Libertarian in November.

In 2006, Krusee scraped by with a thin majority of only 50.44%, beating out Democrat Karen Felthauser (44.2%) and Libertarian Lillian Simmons (5.3%). The district, which covers the southern end of the county, has changed since he first took office in 1992. "They spent 20 years as a bedroom community," said Krusee, but with much of Round Rock now built out and Hutto expanding rapidly, areas like Taylor may soon be targeted by developers. "The challenge for the future is transforming into a more mature urban community," said Krusee, adding he believes he has done "a good job" in helping guide that change. But in the rearview mirror, he is seen as the legislative godfather of toll roads, a legacy that caused friction in the House, consternation among voters and taxpayers, and potential hurdles for his would-be GOP successor.

The candidate who could have the toughest time separating himself from the retiring incumbent is John Gordon, who calls Krusee "my friend Mike." As four-time county party chair and 11-time Precinct 23 chair, he is arguably the established face of the county party machine. He was also a member of Krusee's freshman legislative staff and has stayed close ever since. As an expert in wastewater management, he drafted the language for Krusee's 2005 drip-irrigation act, a water-recycling measure.

Gordon echoes Krusee's belief that the district must manage growth better and needs a strong legislative voice to guide and guard against poor infrastructure development. "The number one issue is the [Lower Colorado River Authority's] desire to run a transmission line through the middle of Hutto," said Gordon. The proposed 345-kilovolt line, running on 100-foot towers, is opposed by the city and its school district. Gordon, who says it will damage economic development and run right in front of an elementary school, has already called on the Legislature to place it along SH 130. He also advocates using that highway as the backbone of the Trans-Texas Corridor and concentrating on upgrading local roads, especially in northeast Round Rock. A major concern is FM 1460, site of the new Seton Medical Center Williamson. "The state has been yapping that they will extend 1460, but we're still looking at a road with no hard sides. An ambulance has to go into oncoming traffic to get around vehicles," said Gordon.

Another familiar Williamson name is Assist­ant County Attorney Dee Hobbs. His candidacy is built around streamlining administration, rather than rigid doctrine. "I'm not up there to make a bunch more laws, but to clean up the ones we have," he said. As an advocate for William­son County's DWI and drug courts, he points to the success of early treatment as opposed to expensive incarceration. Since the county introduced direct filing, the county's jail population has dropped from 700 to 486. "We're still tough on crime, but you can be more efficient," Hobbs said.

He agrees with Gordon that the key issue is transportation. "The toll roads are here, and most people's concerns are that their road doesn't become a cut-through," he said. He argues that constituents are more worried about the Trans-Texas Corridor taking more land from the county, adding, "If the state wants to have it in the district, they need to use what's already there." He also has some proposals for how to pay for it. As criminal courts chief, he's dealt with many cases of licenses being suspended because of surcharges, and he's wondering where that cash went. "How much of what is meant for transportation is making it to motorists?" he asked. "How much of what is meant for education is making it to schools?"

District 52 still has a large rural population, and that may be key to the success of Bryan Daniel. Currently a vice president at Agricultural Workers Mutual Auto Insurance, he's arguably even more of an establishment candidate than Gordon. He's a former staff member for U.S Rep. Larry Combest, R-Lubbock (that's how he met his wife, who was staffing for U.S. Rep. Henry Bonilla, R-San Antonio). In 2001, he moved from D.C. to Temple, when he was appointed by President Bush to be Texas state director of rural development for the U.S. Department of Agriculture. With 200 staffers and a $1.2 billion portfolio of development loans and loan guarantees, "we helped rural communities set up an environment that is friendly for business," Daniel said.

While he agrees with Gordon and Hobbs that transportation is a major issue, he puts it in a different context. "The three issues I hear most often are border security, transportation, and taxes and government spending, and those are linked in most voters' minds," Daniel said. "There is a real concern on the part of Wil­liam­son County voters that drugs and weapons crimes on the border will have an effect up and down the I-35 corridor." While agnostic on specifics like toll roads, he cites the underlying questions of governance as his targets: The balance between sales and property tax, the balance between the roles of state and federal agencies, and reaching real solutions for his constituents. "People are getting impatient," he said. "They want to know, 'How am I going to get from point A to point B?'"

Daniel has been the recipient of much agricultural political action committee largesse, including the Texas Cat­tle Feeders Association's Beef-PAC and the Texas Association of Dairymen. That's on top of $1,000 from the Tom Craddick-associated HillCo PAC and $5,000 from McAllen farmer and developer Duane Bell, who also donated to "Craddick Ds" Aaron Peña and Kino Flores. But just because he has the money doesn't mean Daniel has the party behind him. Gordon singled him out for criticism, calling him "the special-interest candidate. ... He is an empty suit."

Daniel rejects that criticism, saying that these donations are from personal acquaintances who have seen his successes. In the money race, Daniel is far ahead, with $26,709 cash in hand on Feb. 4. He has already paid $7,507 to Austin-based J2 Strategies to run his campaign. But Hobbs, with $14,331, has hired Austin-based political consultants KC Strat­e­gies, which ran campaigns for his boss, William­son County Attorney Jana Duty.

While Vivian Sullivan might not have the cash or the party connections of the other three candidates, she has something on her résumé none of them does: She's actually won an election. The former FBI agent took Place 1 on the Round Rock Independent School District board of trustees in 2005, when she led the charge against a $349 million bond issue. It was not, she said, that she opposed funding four extra schools but that the proposal was "extravagant." Describing her­self as a pro-life activist with the Texas Alli­ance for Life and a fiscal conservative, she agrees with her rivals that the district faces growth pressures but says her biggest concern is education, and it's an issue that needs to be solved at the state level. "Half the school districts in Texas will be bankrupt in two years unless something is done about education funding," she said. 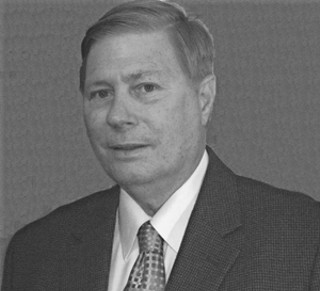 Like Daniel, she wants to boost border security but says this is driven by pragmatism. As a training manager for Texas Instruments' Latin America division, she lived and worked in Colombia for five years. Now she opposes sanctuary cities while backing tamper-proof Social Security cards and enhanced voter-ID measures. "We have huge hearts in the United States, but we can't take in everyone living in pain or misery or even danger," she said, adding that she believes the best way to prevent illegal immigration is for migrants' home countries to be more livable.

Whoever wins the primary will face returning Libertarian Lillian Simmons and unopposed Democrat Diana Maldonado, but there could be a bigger challenge: the divisions left by the Republican presidential primary. "All those candidates are still claiming the Reagan mantle," said Krusee, "but if the Republican base is not excited by the nominee, that's going to cause an additional challenge in the district." 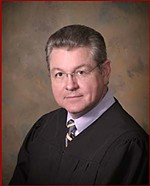