Will run against incumbent Lee Leffingwell and engineer Allen Demling. 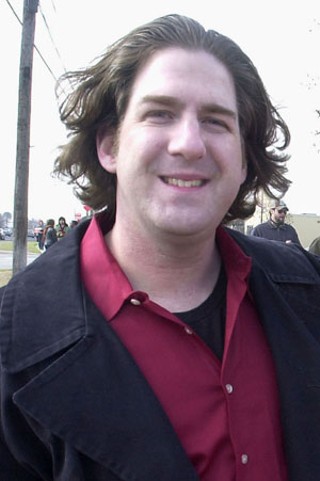 Declaring he wants to be "your guy on the inside," Responsible Growth for Northcross spokesman Jason Meeker confirmed this week he is indeed running for the City Council seat held by Lee Leffingwell. On Wednesday, Feb. 6, Meeker officially kicked off his campaign in the Zinger Hardware parking lot – across the street from Northcross Mall.

"I am running not just because of what Wal-Mart wants to do to my neighborhood," Meek­er told the Chronicle; "I'm running because these kinds of things keep happening all over Austin."

Meeker had few fond words for the Place 1 incumbent, saying Leffingwell has "said things that made a lot of people encourage me to jump into the race, beyond RG4N." While his work for RG4N prevented him from announcing earlier, Meeker said: "I have an active base of support, which is an incredible advantage for a first-time candidate. ... I'm going to run a full-throated campaign, so whatever time I may have lost not announcing until now is going to be taken care of pretty quickly."

Meeker has hired longtime Democratic political consultant Jason Stanford (known as a specialist in opposition research) as his campaign adviser. Online political newsletter In Fact Daily describes Stanford as friends with Council Member Brewster McCracken and a candidate to run McCracken's likely mayoral campaign next year – a fact that puts Meeker's attack rap against Leffingwell as already eyeing the mayor's office in a curious context, to say the least.