KOOP Arson: The jazz behind the fire 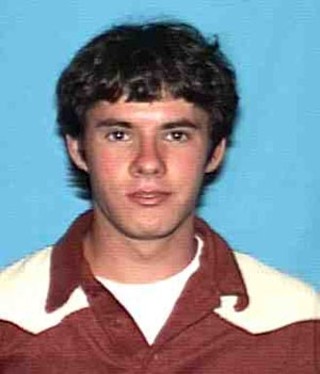 What kind of music would drive a man to walk into a radio station, pour gasoline over the equipment, and set it ablaze? Death metal? Nope. Nihilistic post-punk? Try again. Industrial? Not quite. Jazz and blues? Bingo.

Last week, when KOOP arsonist Paul Feinstein turned himself in, investigators reported the crime was motivated by an incident, which KOOP sources characterize as a "minor dispute" over music. Feinstein, reportedly a jazz fan, was "very unhappy" that his selections for KOOP's digital library were changed by another programmer, according to investigators.

Austin Fire Department's chief arson investigator, Greg Nye, said that on the Friday before Feinstein's arrest, he submitted to a polygraph test, which showed signs of deception. After investigators showed him the results, he confessed and was given until Monday morning to turn himself in to police. In the post-polygraph interview, investigators probed Feinstein about why he did it. Nye said Feinstein dreamed of a career in radio and was crushed when his application for a full-time, paid job with the station was turned down.

In a radio interview Thursday, KOOP board President Andrew Dickens said that after the arrest, KOOP members, talking freely for the first time since the investigation began, shared anecdotes about Feinstein at a meeting. Dickens said Fein­stein had many friends within the station and none of them saw warning signs. "No one got the call that was like, 'Hey, I need help. I'm in trouble.' It was hard for people who knew Paul to piece it together and make sense of it all."

Dickens described Feinstein as likable and "well-adjusted." He played on the KOOP softball team and organized social outings, he said. "No one reported anything that I or anyone else would've thought raised red flags or anything like that. From what I know of him, there was nothing strange, nothing that stood out," said Kim McCarson, KOOP executive director.

Although KOOP members are still reeling from the revelation that the arsonist was one of their own, the station is ready to put the incident behind it and start the process of returning to normal, Dickens said. The station was able to bounce back quickly. Only 19 days after the fire, KOOP was up and broadcasting in a temporary studio on loan from fellow media company Entercom Communications Corp. KOOP caught a lucky break because Entercom had recently sold one of its stations and had a studio sitting idle. Because the equipment in the temporary studio was different, however, more than 70 programmers had to be retrained in a span of four days. "Every studio is unique, and when someone gets on the air, you have to be confident," Dickens said. "To do that in a really compressed time frame is a challenge."

Now that the arson investigation is complete, KOOP can finally get the insurance money needed to get back on its feet. The paperwork is being processed, and the station has already put in orders for new equipment, so KOOP should return to its old home within three months, Dickens said.

The station is no stranger to adversity. This is the third fire that has affected it. "Every time something happens like this, we come back stronger," Dickens said.