Two weeks ago, in a highly publicized show of good faith, Austin Independent School District Superinten­dent Pat Forgione smiled wide for the cameras as he put his fingers to ink and pressed them down on paper. With that motion, he became the first person in the state to submit to a new, state-mandated regime of fingerprinting and background checks for school employees. But not everyone in the district shares Forgione's enthusiasm.

Last week, nine teachers from Pillow Ele­mentary spoke out against fingerprinting, calling the background checks an unnecessary invasion of privacy and raising doubts about the security of their personal information. One teacher, Candy Ellard, said she is considering resigning, and at least six others at the school are also contemplating refusing to submit.

"While I must say this is a law where I totally agree with its intent – to protect children," Ellard said in an e-mail, "I strongly object to its method for obtaining this goal. We must ask ourselves how we can protect every individual in our state without sacrificing our fundamental civil liberties."

AISD is the pilot school district for the program, which will require schools to systematically fingerprint and check about 1 million public-school employees over the next four years. District employees were informed of the program only a month before it began, and there is still much confusion and fear over exactly what the law will mean in practice.

And it's not just the Orwellian flavor of the program that's causing teachers to fret. Nicholas Martin, who teaches Latin at McCallum High, said he's uneasy about what happens to information on a teacher once it's been collected. "Why is it that the state holds onto the [fingerprints]? Once that background has been checked, [the information] should be destroyed," Martin said. "It's hard to say something like this without sounding reactionary ... but our fear is that it's starting this big national database."

Ellard also said she and others are afraid the setup of the program exposes teachers to a risk of identity theft. Teach­ers must supply their names and Social Security numbers, along with 13 pieces of unique data online, in order to get what's called a Fingerprint Applicant Services of Texas Pass, or FAST Pass, which they need to be fingerprinted. "This divulgence of so much critical personal-identity information at one time, on one website, was a concern for many," she said.

Pam Hall, a spokesperson for AISD Human Resources, says teachers have nothing to worry about. "It's just like if you go to the bank to apply for a loan. You have to trust that the institution will protect your information."

Martin added he is concerned about whether information will be shared with agencies other than the Texas Education Agency and the Department of Public Safety. So far he hasn't gotten a definite answer. "When applying for a bank loan, you know the purpose for releasing that information, and banks have solid, openly stated privacy policies," he said. "This law, on the other hand, is the opposite. There is no policy, or one that has been conveyed to those who ask, that states who or what agencies do and do not have access to your file now and in the future."

Hall said it's natural that teachers have questions but insisted, "They'll come around." The law doesn't really leave them any option. A teacher has 80 days to submit to fingerprinting before the State Board for Educator Certification revokes his or her certification. "Some of us would like to protest it," Martin said. "I have a 2-year-old daughter. Do you just surrender your rights or feed your family?"

So far, only one employee has flat-out refused to comply, said Hall, though she wouldn't name the teacher. Bruce Ban­ner, a union representative for Education Austin, said the union will stand behind any teacher who refuses. The union's stance is one of grudging compliance. Banner said the law is a politically motivated, unnecessary, and costly measure, which will draw an estimated $20 million away from already underfunded public schools.

Education Austin President Louis Malfaro wrote in the union's monthly newsletter, "Education Austin certainly doesn't object to schools making sure that the adults who work daily with children do not pose a threat. ... Our concern and disappointment with the Legislature is the shortsightedness of its efforts to address the full range of student needs, beyond a redundant gesture which seems aimed at distracting the public's attention away from the real threats to public schools and kids and simultaneously besmirching the most powerful lobby for public education in Texas: our state's teachers and school employees."

Another concern teachers have noted is that the law makes exceptions for many nonteachers who have the most exposure to children on a one-on-one basis, such as speech therapists and school psychologists. But Hall said the district plans to go one step further than the law and implement fingerprinting for all district employees.

Martin urged more teachers to speak out. "If we just sit there and smile like Forgione did, without recognizing or understanding what the law is for, it is just ignorant and foolish." 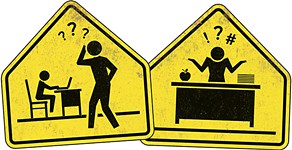 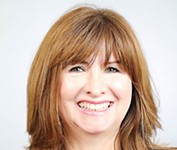