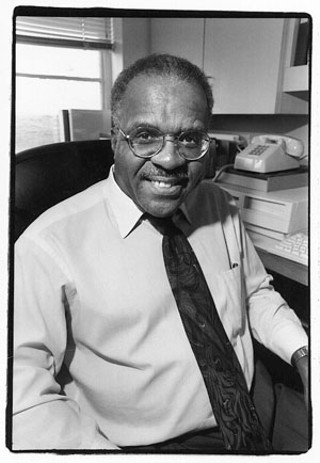 After years of starts and stops, Travis County will move forward once again on exploring the creation of a public defender's office to represent indigent adults charged with crimes. County Judge Sam Biscoe says he intends to jump-start movement on a feasibility study by placing the item on the Commissioners Court agenda early this year. The notion of doing away with the current system, which relies on court-appointed counsel to represent indigent defendants, may not sell well to those lawyers on rotation at the courthouse. "Some say having a public defender's office is the best thing; others say it's the worst," Biscoe said, adding that this sort of back-and-forth dialogue has been going on for 16 years. In 2006, for example, the court passed a resolution authorizing a task force to conduct a feasibility study. But nothing happened. "People may be resistant to change," Biscoe said.

Nonetheless, other Texas counties have jumped on the public defender bandwagon since the Legislature's 2001 passage of the Fair Defense Act. Before then, Dallas and El Paso and a few smaller counties already had public defender's offices in place. The first sign that Travis County was ready to take another stab at a public defender's office occurred during a passing exchange during a budget markup meeting in 2007. At that time, as commissioners approved a huge pay hike for staff prosecutors, representatives from the defense bar requested higher court-appointed counsel fees, which have flatlined for 10 years and reportedly rank among the lowest in the state. The court set aside $300,000 for criminal-defense contingencies but made no promises to attorneys. Biscoe did use the opportunity to chastise defense attorneys for not visiting their incarcerated clients soon enough; he then announced his intention to appoint a committee to study indigent-defense issues, including the feasibility of establishing a public defender's office. Whatever system wins out, says Biscoe, a former defense attorney himself, the goal is to mitigate defendants having that "steamrolled feeling" when they see attorneys for the first time in the "jail chain" on plea day.

Some Austin defense attorneys heartily endorse public defenders. Longtime lawyer Betty Blackwell argues that parity between prosecution and defense teams is essential for getting a fair day in court. However, the county's defense bar is divided on jettisoning the current court-appointed system. "I never take a position either way," said Virginia Greenway from the Austin Criminal Defense Lawyers Association. Greenway believes the current system isn't necessarily broken and that public defender offices can be expensive and may not be able to handle the large caseload. Regardless, attorneys do need to be paid more, she argues. The county's unwillingness to raise attorneys' fees, she says, "definitely calls into question the commitment of Commissioners Court in complying with the Fair Defense Act." Greenway also defends the 200-plus lawyers who handle Travis County's indigent cases. "Few [defense attorneys] fall short," she said. "This is an extremely noble profession. Until you get into trouble, or your sons or daughters do, you don't know how critical it is to have someone fighting for you." Another attorney, who asked not to be identified, criticized the court-appointed system for enabling the growing tendency "to let 'em rot" in jail. As for the low fees, he says the county ironically spares no expense when it finds itself on the defensive end of a civil suit.

Current fee schedules have worked to drive away some court-appointed attorneys, such as Linda Icenhauer-Ramirez, who recently quit after 18 years in the rotation system. "I got tired of begging for money," she said. In fact, according to Icenhauer-Ramirez, judges make one of the best arguments for public defenders. "I think we need a system in which the judges are not involved at all in paying attorneys. I find that many judges are more interested in dollars than in seeing that people get good representation." Additionally, a public defender system would negate the necessity of begging judges for money for investigators, too, since they are so crucial in both the trial and sentencing phases, Icenhauer-Ramirez said. Indeed, longtime investigator Louis Akin reports that judges routinely scrimp on investigator fees, with investigators making about what they did in the 1970s – $500 per case, tops – causing many to work virtually for free on indigent-defense cases. With that kind of small change, it's very difficult to mount a fair defense as part of a two-person team against the prosecution's legion of resources. "But that's my choice, my political commitment to the society I live in," Akin said.

While public defender's offices are fairly common in other states, Texas is still in the learning process. In 1999, the Texas House Research Organization released a report analyzing the pros and cons of such offices, noting they may be regarded as unconstitutional by some "because the protection of defendants is a constitutional obligation of the courts." The practical truth is that the two indigent-defense systems have not proven to be mutually exclusive, and like other counties, Travis could opt for a combo system, according to Biscoe. Akin sees the value in assigning the most serious felony cases to outside counsel and the rest to a public defender. By most accounts, Texas counties are becoming more receptive to the idea of public defenders, as reflected in pertinent research that has proliferated since the state's passage of the Fair Defense Act, which places the logistical and financial burden of compliance on counties. Essentially, the Travis County task force will have a good amount of data and argumentation at its disposal in reviewing both systems. While the House study found that most attorneys favored the court-appointed system, times may be changing, judging from the findings of last year's annual Indigent Defense Workshop, an event sponsored by the Texas Association of Counties, which carried the theme "Setting Up a Public Defender Office." It turns out that a key selling point for creating such offices may have more to do with dollars and cents, from a county government perspective. Exhibit A) Lower costs per case, including greater budget predictability and quality control, and decreased administrative responsibility for judges.