Tweet
print
write a letter
March Madness ain't for a couple months, but dust off those brackets – last Thursday, Jan. 3, after 3½ hours of consideration, the City Council emerged from executive session to name eight semifinalist candidates for Austin's city manager position: the three expected internal candidates (Laura Huffman, Rudy Garza, and a now-withdrawn Juan Garza) and five others from across the nation. The five external contenders constitute a field as diverse as it is experienced: three African-Americans, one female, three current city managers.

And just like your college-ball hopefuls, several picks won't go the distance. On Tuesday, Jan. 8, each candidate received an hourlong, one-on-one interview with each council member; on Wednesday, Jan. 9, council interviewed the applicants as a group, with the expectation they would announce two to three finalists. However, at 5pm, an apparently undecided council announced it would be recessing the search – without naming finalists – and continue deliberations at its meeting today, Thursday, Jan. 10. Council's still scheduled to interview finalists Wednesday, Jan. 16, and name a new city manager soon thereafter – but as Wednesday made clear, getting everyone on the same page is easier said than done. – Wells Dunbar 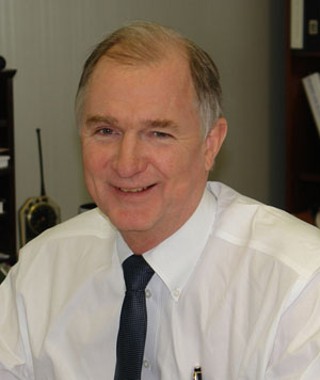 
Befitting his time spent in the Hostess City of the South (or is it "the Garden of Good and Evil"?), Brown has overseen an expansion of tourist-drawing destinations and capital-improvement projects, including an $800 million mixed-use river walk development and preservation and upkeep of Savannah's historic homes and architecture. (He erected similar attractions during his stint in Columbus, adding a river walk and civic arena, among other projects.) His work shepherding a merger between city and county police in Savannah could also prove relevant, as Austin plans to merge Airport and Park Police with the Austin Police Department. His résumé also trumpets "sustainable revitalization" of Savannah's blighted neighborhoods, creating thousands of affordable-housing units.


Through her 20-plus years with the Alamo City, huge capital-improvement projects have been Burley's stock-in-trade. Her current deputy city manager position has her overseeing San Antonio's planning and development, a carryover from the work she performed as an assistant city manager. There she instituted the city's first tax-increment reinvestment zone, created a developer's incentive tool kit, and mapped a 20-year plan for the city's south side. She's also worked in infrastructure and budget departments. Burley made her bones tackling huge capital-improvement plan projects: doubling the size of the Henry B. Gonzalez Convention Center while director of facilities, planning and overseeing the "design, coordination, and value engineering process" for the Alamodome. Go Spurs!


Thought Austin had a rough downturn? As city manager, having to correct a "structurally imbalanced" budget meant Cauth­en had to cull $254 million in "expenditure reductions" – no mean amount of arithmetic. He augmented the cuts by garnering more than a billion dollars in revenue through bonds and voter-approved tax increases, all while managing to maintain high ratings from the bond houses. Cauthen also revamped an ailing housing authority; bargained with American Federation of State, County, and Municipal Employees; and redrafted Kansas City's zoning ordinance with an eye toward mixed-use development, sustainability, and other New Urbanist ideals. During his time in Denver, he presided over several capital-improvement projects, including redevelopment of the Stapleton Airport, the largest urban infill project in the states, model to our Mueller.


We might be a little biased in favor of Cole, as he helped found the Pasadena Weekly, a fellow alt-weekly on the Left Coast – it's part of a long career that's bucked convention. Cole served the city of Pasadena for more than a decade, ultimately becoming mayor, pitching the precepts of density, transit-oriented development, pedestrian-friendliness, and New Urbanism all the way. In Pasadena, Azusa, and Ventura – where he currently serves as city manager – he's redrafted the city General Plan to incorporate such goals. He also writes and speaks frequently on the tenets of New Urbanism and addres­ses his Ventura citizens on – what else? – his own blog.


With more than 25 years in the public sector, Ott has plenty of experience in the nitty-gritty of city service. In his capacity as Fort Worth assistant city manager, he oversees capital-improvement projects departments like water utility, transportation, public works, engineering, and aviation, as well as special projects like creating an asset management program and a CIP management system. But during his tenure in Michigan, he ran the gamut. In Grand Rapids, he prepared budgets as director of management services; in Kalamzaoo, he negotiated collective bargaining contracts and oversaw departments like public safety, economic development, and human resources.

And then there were two. Austin Energy General Manager Juan Garza's surprise announcement on Jan. 3, that he'd been hired to calm the waters at Pedernales Electric Cooperative, means these two assistant city managers are the only existing Austin employees still in the running. Hmmm ... maybe the PEC brass read our profile of the then-three contenders ("The Insiders," Dec. 21, 2007) and decided Garza's paternal style was just what the troubled co-op needed.