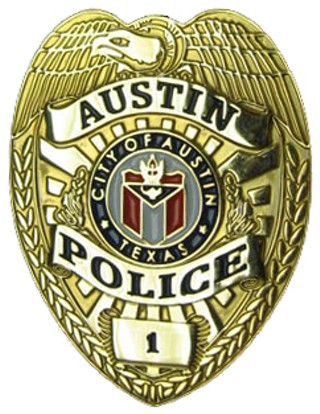 1) New Top Cop The search to replace Stan Knee was a marathon – a reality star search featuring everything except a swimsuit competition. In the end, there was one outstanding candidate: Art Acevedo, a former chief with the California Highway Patrol. He had the necessary charisma and energy, impressing the Austin Police Association as well as dozens of community activists – groups that in recent years haven't been harmonizing "Kumbaya." Acevedo's quick wit and determination caught Austin's attention; we'll see if he can sustain the energy (and the honeymoon).

2) Brown Killed, Olsen Fired Even before Acevedo was sworn in, it was clear his first big test would be handling the June shooting death of Kevin Brown – shot twice in the back by Sgt. Michael Olsen after a late-night foot chase from the now-defunct Chester's Nightclub on East 12th Street. Olsen had been told the 25-year-old might be unlawfully carrying a firearm, but Brown was not packing when he was shot, and Olsen fired again when Brown was down and helpless. In November, Acevedo fired Olsen, ruling the officer had "abandoned" his good judgment, common sense, and police training, creating a deadly-force situation that should have been avoided.

3) DOJ Considers On June 1, city officials announced the U.S. Department of Justice would investigate the Austin Police Department to determine whether the department "is systematically violating constitutional rights, with a focus on the department's use of force," City Manager Toby Futrell wrote to council. It was welcome news for Nelson Linder of the Austin NAACP and Jim Harrington of the Texas Civil Rights Project, who'd requested an investigation in 2004 over concerns of excessive force against minority suspects – including in the high-profile shootings of Sophia King, in 2002, and Jesse Lee Owens, in 2003. The other shoe is still suspended.

4) Drug War Hits Home In October, an early-morning APD drug raid in Montopolis left a 72-year-old man in critical condition and an officer wounded. Police said neighbors complained that Felix Rosales was dealing crack; the raid came after minimal investigation, and discovered tiny amounts of marijuana and cocaine. Police say they clearly identified themselves and that Rosales knew who they were before he fired. Rosales was charged with attempted capital murder; he remains in critical condition. A grand jury declined to indict Detective Aaron Bishop for shooting Rosales; an internal investigation proceeds.

5) APD's Electric Pot Patrol Are you (or your house) an energy hog? You may well be on the APD's radar, pegged as a potential pot-grower. At least one APD narco dick has made trolling through Austin Energy customer consumption records his personal pot-hunting beat, and the basis for a series of search warrants for properties owned by Austin resident Travis Colby. Although there's little real evidence linking Colby to any pot-growing, the APD's data-mining operation has filed a federal case against the local real estate broker. Legal? Maybe. Ethical? When you're chasing the evil weed, who needs ethics?

6) Streamlining APD In August, the new chief unveiled a reorganization plan that, among other things, beefs up traffic enforcement and centralizes specialized units so they're available to respond to shifting crime trends. By year end, the new executive team had already restyled the notorious No Information Office into an actual Public Information Office and was well on the way to implementing a new use-of-force policy and reporting system.

7) Birth of a Superhero Batman has his grappling hook; Wonder Woman has her Lasso of Truth; Spider-Man has his web. When the shi-zat really hits the fiz-an, wouldn't it be nice to have a superhero with the "unique ability" to function at "110%," as well as "enhanced speed, strength, agility, reflexes, hearing, and eyesight" – and, just in case things get really messy, an awesome mastery of nonlethal weapons? Meet the Defuser, aka APD Detec­tive Jarrett Crippen, chosen by Marvel Comics legend Stan Lee as the winner of the second season of Sci Fi's Who Wants to Be a Superhero? Crippen aced a series of dynamic challenges to beat nine other contestants – all while wearing spandex. And he's a genuinely nice guy, dedicated to using his alter ego for good – in part by raising money for breast cancer research. When the Defus­er's around, bad guys are going down!

8) Misreported Murder Forty-year-old David Morales was beaten to death on June 19, just after work, when a minor accident set off a parking lot dispute and amateur boxer Kurtiss "Lucky" Colvin allegedly dropped Morales with a single punch. Thanks to sloppy local reporting and madman Bill O'Reilly, the story played nationally as a crime either perpetrated or ignored by a crowd of Juneteenth revelers – neither was true.

9) APD Neutralizes Clinic Bomb Twenty-seven-year-old Paul Ross Evans, perhaps delusional, was sentenced to 40 years in the federal pen for planting a nail-packed pipe bomb outside the Austin Women's Health Center in April. Thanks to the quick response and technical abilities of the APD's bomb squad – plus agents with the ATF and FBI – the bomb, inside a soft-sided cooler, was defused without incident. The explosion could have proved deadly to anyone within a 100-foot radius.

10) Cruz Family Files Federal Suit The family of 24-year-old Joseph Cruz, beaten and arrested by APD Officer Gary Griffin at an East Austin bus stop in 2006, filed in June a federal civil rights suit, claiming Cruz was the victim of excessive force, assault, false detention, and malicious prosecution. Cruz, a schizophrenic, had fallen asleep at the stop. Although Griffin was directed to wait for EMS, he poked Cruz until he reacted and then struck Cruz repeatedly with his baton even after paramedics tried to intervene. Griffin was fired in January, but in December an arbitrator gave him his job back, arguing in part that the APD's use-of-force training and policies are inadequate.