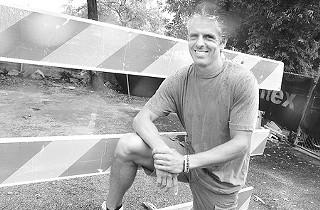 Races have seen their costs skyrocket over the past couple of years due to the city's tightening of traffic-control requirements, prompting many event organizers to consider calling it quits. About 145 running events will take place in Austin this year; most of them benefit local charities.

The Austin City Council has taken steps to control those costs. A city ordinance passed by council last Thursday will charge 5K and 10K races flat fees for traffic-control plans and barricading. It also mandates the hiring of 13 city employees to process traffic plans and to set traffic cones and barricades, eliminating the need for events to hire private engineers and rental companies. "The intent is to reduce costs for the nonprofits so that they have more money left over for their causes," says Leon Barba, assistant director of the city Watershed Protection and Development Review Department.

To block off streets for an event in the city of Austin, organizers must submit a traffic-control plan designed by an engineer to the city's Right of Way Management, which falls under the Watershed Protection Department. Plans can cost $1,000 to $3,000. Then the events hire a rental company to place cones and traffic barricades along the course.

The new ordinance directs the Right of Way office to offer predetermined race courses with traffic-control plans for $500. Custom courses and plans will cost $1,500. The city will charge $500 per kilometer for cones and barricade rental, both setup and removal. Under the ordinance, traffic-control fees for a 5K race on a preset course will run $3,500, saving 5Ks $3,000 to $5,000, according to city estimates. "I'm excited for the nonprofits, because I keep hearing, 'This is our last year [to put on a race],' from a lot of them," says Paul Carrozza, owner of RunTex and self-described fitness philanthropist. "I really applaud [Assistant City Manager] Rudy Garza. He absolutely heard the problem and created a viable solution."

Over the past couple of years, the Right of Way Management has upped – in some cases quadrupled – the number of cones and barricades it requires on courses. Race organizers argue the city's requirements are excessive. For instance, Go for the Gold 10K and Fiesta 5K, held together in March, saw traffic-control costs soar from $1,900 in 2006 to $20,000 in 2007, Carrozza says.

The ordinance appropriates $700,000 for the new employees; the funds are expected to be recouped in fees. Barba says he expects the ordinance to be implemented by March.