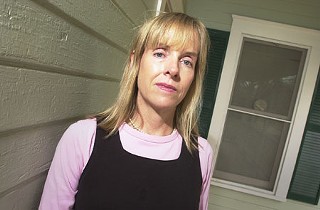 One of the most dangerous properties of mercury is its persistence. Once it is introduced into an environmental context – such as the food chain – it tends to remain there.

The opposing sides in a years-old fight at Austin Commun­ity College would certainly agree on that persistence, albeit for different reasons. Some current and former employees worry the toxic metal still pollutes a classroom that has been the subject of legal wrangling over the past decade; ACC administrators no doubt feel it has persisted as a public-relations problem for much too long.

Just a few days before the school is scheduled to begin renovating a former chemistry lab where mercury was known to have been spilled, as well as a classroom below the lab, a former math instructor who once sued ACC on claims of mercury poisoning said she has new evidence the school hasn't been honest or sufficiently thorough in its remediation efforts. Simultaneously, administrators in charge of the cleanup reject the instructor's charges and have been trying to reassure faculty and staff the classrooms will be completely safe once they are reoccupied.

The controversy concerns Room 221 and some rooms on the floor above it at ACC's Rio Grande campus. Room 221 made headlines earlier this decade when Kevin Carmody, the late environmental reporter for the Austin American-States­man, did a series of reports on allegations by math professor Corinne Irwin that she had been poisoned by exposure to mercury contamination after working for years in Room 221. Irwin alleges mercury leaked from the lab above, where broken thermometers and other mercury sources weren't properly cleaned up in the days before its toxicity was fully understood.

ACC officials have consistently denied that the serious health problems Irwin suffered in the 1990s were caused by her work environment and backed up their position with several air-quality tests performed after Carmody's story in 2001 and again in 2002 and 2003. The tests found little evidence of mercury beyond normal atmospheric conditions and well within the level the federal government recognizes as safe for a daily work environment. ACC's lawyers also hired a toxicologist to test Irwin, and he concluded she hadn't been poisoned – a judgment which directly contradicted those of Irwin's doctors. Irwin eventually reached a legal settlement with the college that includes a confidentiality agreement.

Room 221's saga continued in 2003, when six other employees sued ACC (Bryant v. Fonte) when they got sick while working there, after the room had been converted to a theatre scene shop. The suit was dismissed in 2004 without prejudice by Judge Sam Sparks; the plaintiffs said they could no longer afford to pursue it, but ACC attorneys say the plaintiffs simply couldn't make their case.

Now, after years of Room 221 being sealed on the order of Sparks, ACC is renovating it so that it may again be used as a drama scene shop. ACC says it will be doing a full asbestos and lead abatement, plus yet more "precautionary" mercury tests. That has Irwin – with the backing of the public-interest group Public Citizen – upset, because she fears ACC might be exposing workers to harm. Mark Goodrich, a maintenance worker active in the ACC faculty and staff union, was recently threatened with termination for repeatedly questioning the administration's cleanup efforts. Goodrich has filed a First Amendment lawsuit.

The focus of the concerns is that, while the labs above Room 221 received mercury-abatement cleaning, 221 did not. The reason, says ACC, is there was no mercury to clean up – repeated tests showed little or no mercury in air samples in the room. However, Irwin says some ACC employees – whose identities are unknown to her and who were apparently acting without the consent of ACC administration – somehow obtained more air and dust samples shortly before Thanks­giv­ing. Irwin had Ron McMahan – an environmental engineer who served as the scientific witness in Bryant v. Fonte – submit the samples to a lab for testing, and he says mercury was found in every one.

On Monday, administrators held a meeting with some faculty and staffers on the cleanup efforts, and union reps and others present were satisfied with the answers provided. After the meeting, the Chronicle asked Rebecca Cole, ACC's director of Environmental Health, Safety, and Insurance, about Irwin's claims, but Cole said that with no knowledge of the nature of the sample collection or testing procedures, she has no way to respond. She also questioned whether the levels of mercury were above levels known to be dangerous. As of this writing, no documentation of McMahan's analysis has been provided to the Chronicle.

Irwin also disputes a claim by ACC President Stephen Kins­low that the room was thoroughly cleaned in 2005 – photos anonymously delivered to her house last month appear to show Room 221 a disheveled mess as recently as this fall. Cole said Irwin is mistaken about what the photos show – the room was cleaned, she said, and then work on the chemistry lab's plumbing began this year in preparation for the renovation. The photos show exposed pipes in the ceiling.

"As opposed to simply remodeling, it's our hope that they'll do testing and, if necessary, abatement in both the second- and third-floor rooms," said Tom "Smitty" Smith of Public Citizen. "It's pretty clear that there's enough evidence to indicate that [those who have] worked in 221 have had significant mercury-related health impacts."

The person most concerned about whether the room has been properly cleaned is W.T. Bryant, the theatre instructor who was the lead plaintiff in Bryant v. Fonte, who will be asked to reoccupy Room 221 after renovation. Bryant says while working in the room, he was experiencing signs of early onset osteoarthritis, Alzheimer's, and migraine headaches, conditions he says have greatly diminished in the five years he's been out of 221. "I have lots of opinions – whether they're printable or not is another story," Bryant said. Asked if he is willing to return to work in the room, he said, "As long as they can sufficiently prove that the room has been properly remediated and cleaned. ... They started off saying [mercury levels were] zero, then they said yeah, there was minute or minuscule amounts that weren't hazardous," and then the testing for Bryant v. Fonte showed mercury in the dust particulates in the room. Bryant has not been involved in Irwin and Public Citizen's new efforts to pressure ACC.

"My bent has always been and always will be to provide a clean, safe working environment for the students and faculty," Bryant said. "That's all I've ever asked for."

*Oops! The following correction ran in the December 28, 2007 issue: Last week's "Return to ACC's Room 221" implied that Ron McMahan tested recently obtained dust and air samples at the behest of Corinne Irwin; in fact, Irwin says McMahan offered to perform the testing on the samples but did not act on any request from her. Also, the only room having renovation and abatement performed is room 221; Austin Community College officials say room 318 (the chemistry lab above 221) was already fully cleaned and brought up to modern standards in 2005. (See "ACC: Rio Grande Is Safe," in "Postmarks.")