The Moriarity lawsuit arrives in court – trailing a herd of lawyers

You can't tell the lawyers without a scorecard.

That was my first reaction to the opening courtroom round of Moriarty and Hyatt, et al. v. PBS&J, et very al., which took place Monday morning in the 353rd District Court, Travis Co., Honorable Judge Margaret A. Cooper presiding. Robert Notzon, attorney for former Austin Clean Water Program Director Bill Moriarty and former program engineer Diane Hyatt, faced off against (by my count) seven attorneys defending roughly 14 clients: nine individual persons and another five or so corporations (with some overlap, so please don't hold me to those numbers). There had been a couple more defendants, but recently attorney David Armbrust and his firm, Armbrust & Brown, had come to a settlement with the plaintiffs, and that settlement was in part the subject of Monday morning's hearing.

What were not yet a subject of the hearing are the substantive claims in the lawsuit, by which Moriarty and Hyatt charge these various individuals and corporate persons with conspiring to get them fired ("tortious interference with a contract" and "defamation") from their positions with the city's Clean Water Program (a cheerfully green name for fixing Austin's myriad of leaky sewers), because these engineers, consultants, and corporations believed Moriarty was unfairly restricting their access to city contracts. The courts may get to all that, eventually, but this hearing was about a much more preliminary matter: failure of the opposing attorneys to resolve the initial arguments over discovery and depositions.

Indeed, things have already gotten so bad that Notzon filed a motion asking the court to sanction the opposition for essentially sabotaging the agreed-upon October deposition schedule at the last minute; the defendants' attorneys counterclaimed that Notzon is, in fact, attempting to double-depose their clients and that his motion for sanctions was frivolous. Each is asking the other side to pay for the lost time and money caused by the delay. Additionally, the defendants had moved to compel Notzon to produce the full settlement agreements Moriarty and Hyatt had reached with: 1) Earth Tech, over his terminated contract to direct the ACWP; 2) City Manager Toby Futrell, former Assistant City Manager Joe Canales, and Council Member Brewster McCracken, over their involvement in Moriarty and Hyatt's terminations; and 3) David Armbrust, not only for his collaboration with the other defendants but because he had been Moriarty's lawyer for the Earth Tech contract and, therefore, may have been effectively screwing his own client.

Nothing to See Here

That all sounds juicy enough, but alas, little of it entered the room Monday, except in the attorneys' exceedingly abbreviated summations for Judge Cooper, who at least behaved as though she was hearing all this for the very first time. (Of the named parties, only engineering consultant Karen Friese was in attendance – perhaps understandably, since there was barely enough room for all the lawyers.) Cooper said she would rule on Notzon's sanctions motion within the week (perhaps by the time you've read this), but more surprisingly, she immediately ordered Notzon to provide the full settlement agreements to the defendants. Notzon had already given them what he considers the "relevant portions" of the agreements (wanting to hold back details that might affect his negotiations with the other defendants) but had offered the full documents to the judge for her to review privately before making her decision. Cooper didn't bother with that nicety – which may bode ill for Notzon's demand that the defendants pay for his lost time and that of his clients (Moriarty now works outside Texas, and Hyatt dissolved her firm and took a state job).

I'd like to tell you that Cooper's decision means you and I can now read those settlement agreements, but they remain subject to the "protective order" governing the case – meaning only the lawyers and their clients get a peek. One did let slip that the Armbrust settlement includes a $1,000 payment on the tortious interference claim, but that could well be a token for the other claims or Armbrust's future cooperation with the plaintiffs. It would not have been a great labor for Cooper to actually review the documents before she handed them over to the defense – but she may well have looked at the well-appointed scrum assembled before her and thought it best to get it out of her courtroom and into someone else's as soon as humanly possible.

Come One, Come All

The judge is also going to come up with a hybrid plan for the parties' proposed new deposition schedules. The meat of the argument, over the canceled October depositions, was over how and when the defendants would testify as individual actors and how and when as "corporate representatives" with specific company knowledge – now the corporate document discovery will precede all that, and the two kinds of testimony will coincide.

City Manager Futrell (not subject to the scheduling dispute) is still scheduled for mid-December, but the principals – ranging from former Mayor Bruce Todd and heavyweight engineering consultant Malcolm Pirnie through Moriarty and Hyatt, down to a brace of other consultants – are not likely to begin trooping in before early 2008. The firms assembled in opposition also include heavy hitters – Ogletree Deakins, Fulbright & Jaworski, Jackson Walker, and Vinson & Elkins all had avatars in the room. I'd like to suggest to all concerned that they defray expenses and maybe even make a little vigorish, by selling tickets to those depositions. Deal or no deal?

The crux of the lawsuit remains the same: that these well-connected guys (and gals), accustomed to unencumbered access to city contracts, went to the cops, to the DA, and finally to Futrell and her outside attorney (Connie Cornell) to find something, anything, to get Moriarty fired. They finally succeeded – when the city eventually discovered that Moriarty and Hyatt had become a couple – although even the city auditors (like the cops and the DA before them) later determined that it does not appear that Moriarty and Hyatt had done anything of substance wrong.

Maybe we will all eventually come to the conclusion that the entire episode was one enormous misunderstanding. But the only ones who have thus far paid for that consternation, with their jobs and their reputations, are Moriarty and Hyatt. Speaking as a citizen as well as a professional busybody, I sure hope they get their day in court.

*Oops! The following correction ran in the November 9, 2007 issue: In "Point Austin" last week, Michael King mistakenly reported that defendant Karen Friese attended the Oct. 29 preliminary hearing in the civil lawsuit, Moriarty, et al. v. PBS&J, et al. Neither plaintiffs nor defendants were in attendance; only the attorneys were present in the court of Judge Margaret Cooper. 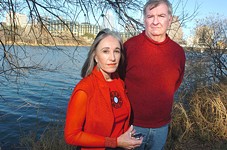 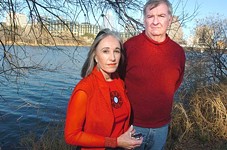