The Wonderland of Rudy, Mitt, and Fred; and Subsidizing Disaster

THE WONDERLAND OF RUDY, MITT, AND FRED

Gosh, I want to go to GOPland. What a wonderful place it is: sunny skies every day, bluebirds of happiness everywhere, and an always-booming economy that's spreading wealth to everyone!

At least that's the picture the top Republican presidential contenders want you to believe. Rudy Giuliani, Mitt Romney, and Fred Thompson are floating around in a Disney-like bubble that has no room for middle-class anxiety or economic reality. All three are millionaires, and in their bubble, there's a golden economy of low inflation, high employment, free trade, Wall Street wealth, and endless economic growth. As the bubbly Mitt Romney said in an exuberant moment, "Well, I mean, the market is a wonderful thing – the sky's the limit."

Meanwhile, back down here on earth, there's a very different world that America's workaday majority is experiencing. For example, on the very day these Pollyannas were enthusing about low inflation, George W.'s own Department of Energy reported the cost of home heating oil will jump 22% this winter. No inflation? Have any of these millionaires bought a gallon of milk recently or paid a health insurance premium?

Speaking of health care, has their happy bubble not been pierced by the hard news that 2.2 million more Americans were added to the uninsured rolls last year? That's the sixth straight year the ranks of the uninsured have grown, leaving 47 million of our people with no health coverage – the highest total on record.

And sure, there's high employment. But at poverty wages! Most Americans have seen their incomes fall in the "boom economy" these guys are so glibly praising. While they sing "Zip-a-Dee-Doo-Dah" together, two-thirds of Americans say the economy is either headed to recession or already there.

Check your own pocketbook. Are Rudy, Mitt, and Fred living in your world?

Like some B-movie space alien, "the Thing" is back, and it's coming at us with an insatiable appetite.

If only the Thing was a piece of fiction. Unfortunately, it's all too real. It's the return of the nuclear power industry.

After the Three Mile Island meltdown in 1979, nuke power finally seemed to be dead in America. The fission plants were too expensive to build, the multibillion-dollar taxpayer subsidies they devoured were ridiculous, the potential for atomic catastrophe was chilling, and the unresolved question of where to put the tons of radioactive waste was damning.

Yet, like a grotesque phoenix, here it comes again. Why? Two words: Bush and Cheney. The big utilities, along with such powerhouse nuclear-equipment makers as General Electric, were generous funders of George W.'s run for the White House – and their payback was the Energy Policy Act of 2005, which has resuscitated the beast. How? By pumping it full of new government subsidies.

This bloated bill offers $125 million in tax breaks for each new nuclear plant and provides loan guarantees of 80% of a plant's cost (including cost overruns). Utilities also are given exemptions from legal liability in case of such catastrophic incidents as meltdowns. Meanwhile, these profitable corporations are not made responsible for the disposal of the nuclear waste their reactors generate.

All of the old problems that shut down the industry remain, but government money has revived the Thing. As one candid utility executive says, the new subsidies are "the whole reason we started down this path. If it were not for the nuclear provisions in [the bill], we would not have even started developing this plan."

Instead of subsidizing a future disaster just to fatten the profits of the nuclear industry, our tax dollars should be invested in safe, clean, renewable energy and conservation.

Point Austin: Can This Really Be the End?
A look forward, a look back

Letters at 3AM: Obama, Nukes, and Us
President Barack Obama fudges the truth of his nuclear policies 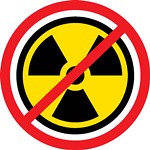 Austin Says, 'No, Thanks,' to Investing in New Nukes
City's decision based on an 'apolitical' financial risk analysis, Wynn says