The Millionaire Who Would Be Constable 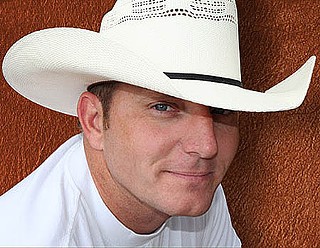 If you won a megalottery, what would you do? Travel around the world? Buy a big honkin' ranch? Put all your kids through college – and all your relatives' kids and your neighbors'? Maybe pull a Tony Sanchez and run for governor?

How about attempting a slightly more modest ambition: running for constable in William­son County, Texas? That's the current project of Robert Chody, a former Austin Police Depart­ment officer and currently a deputy constable (reserve) for Precinct 2 in Williamson Co.

In March 2001, Chody and his wife, Beverly, won a nominal $85 million – the actual check paid to their newly created holding company came to $51 million – on Beverly's Quick Pick she bought at a Shoppers Mart. Initially Chody said he would remain a police officer, but he resigned that June. Since 2003, he has served as both a paid and unpaid WilCo deputy constable.

And then abruptly, last month, Chody announced he'll run in the March 2008 Republican primary, against 10-year incumbent Precinct 1 Constable Gary Griffin (who has long been a thorn in the side of the WilCo political establishment; see "WilCo Budget War Goes to Appeals Court," March 30). Chody's campaign website features, among the usual block-walking photos, a TV clip of the Chodys accepting an enormous poster-board check for $51 million from Texas Lottery officials. The website paints a warm and fuzzy portrait of the would-be cowboy candidate. Grinning from beneath the rim of his 10-gallon hat is a religious family man, generous donor, and police officer who loves working with the youth of his community. He touts his service as a Katrina volunteer as well, declares not once but four times that police work is his true "calling," and adds that serving as reserve deputy constable under Precinct 2 Constable Dale Vannoy is his post-APD "newfound calling." As campaign fodder goes, its effusiveness is fairly predictable. But in Chody's case, what the website doesn't say may be even more revealing than it is in most political campaigns.

As it happens, the 2001 lottery win proved doubly lucky for Chody. When he won the money, then-APD Officer Chody was the principal defendant in a police-brutality lawsuit, with claims that appeared of considerable merit. According to court documents, Chody stood accused of beating a much smaller 15-year-old black teenager in East Austin, smashing the youth's face on the hood of a patrol car, putting him in a "full nelson" (a forceful, immobilizing wrestling hold that places pressure on the neck), triggering a seizure in the terrified youth and bruising his ribs – and finally arresting, without apparent probable cause, Marcus Dewayne Frank, then an exemplary student at Johnston High School.

Frank's mother, Choyce Perkins, filed suit on behalf of her son against Chody and APD Officer Jerry Sullivan, who was accused of slugging Perkins in the hip with his flashlight and knocking her to the ground as she tried to help her son. According to court documents, the plaintiffs alleged excessive use of force, false arrest without probable cause, malicious prosecution, and illegal search and seizure.

But a month after Chody and his family got their lottery winnings, the lawsuit – originally scheduled for trial on April 2, 2001 – was quietly settled. Despite Chody's sudden wealth, the lottery winnings apparently had no direct affect on the settlement, which was paid by the city of Austin – as is customary for lawsuits arising from an officer acting in his official capacity. In stories about the lottery jackpot, local reporters were quick to mention the two commendations in Chody's file – but the feel-good stories didn't mention the brutality lawsuit against him. The lawsuit was settled on April 25, and Chody resigned from APD in June, leaving, says his website, with the department's "blessings."

As his campaign proceeds, Chody is likely to face additional questions about the lawsuit and about his actions on Aug. 30, 1998. According to the court record, as described in the March 2001 order issued by U.S. District Judge Sam Sparks, Chody would have had a hard time explaining his actions at trial. In denying the defendants' motion for summary judgment, Sparks' sharply worded order suggests that the plaintiffs were amply justified in suing – a result that likely prompted the city's quick settlement of the case.

Neither the plaintiffs' counsel nor Chody would comment on the case, due to the litigation agreement; Chody preferred to refer questions about the allegations to the city attorney's office. Nonetheless, the judge's order, in combination with the APD incident report, reveals much about what happened that night.

While Judge Sparks acknowledges the two "wildly differing views" of what happened, he also reviews the background incident, initially reported as a fight between "a young black male and a young black female." Chody recorded that when he arrived on the scene, at 10:38pm in the 6300 block of Thurgood Avenue, he came upon Frank, walking "in normal fashion." "In his deposition testimony," recounts Sparks, "Chody states he saw only a 'real quick faint point' by the female from nearly 100 feet away." Chody claimed Frank had disobeyed his call to "come here," but Sparks quotes Frank as saying the first he knew he was being summoned was when Chody put him in a "bear hug."

"We were wrestling," Chody wrote in his report, adding that Frank had "flexed his muscles" to break the hold on him. Chody also admitted being told early on, by Frank and others gathered around, that "that's not him," and answering back, "that ain't him?" Meanwhile Frank, throttled to the ground "in a submissive pose," as Sparks notes, was beginning to convulse and shake. In the incident report, Chody reported Frank then said, "Somebody get my momma." Once at her son's side, Perkins told Chody that he was prone to seizures caused by stress, according to Sparks' order, which also notes that Chody believed Frank might have been faking a seizure and so did not release his grip, though the child's symptoms worsened. In the incident report, Chody described Frank as "rolling side to side" and hitting himself with his hands.

The officers eventually called Emergency Medical Services but only after Sullivan struck Perkins with his flashlight, knocking her down. Sullivan reported he did so because he believed Perkins posed a threat to Chody, but Sparks notes skeptically that Sullivan was 30 feet away when he thought he saw Perkins' hand "6 inches to 12 inches" from Chody's gun.

Nor did Sparks rule that either officer was acting "reasonably" during the incident, a standard that must be met when seeking the qualified immunity accorded a police officer. Specifically, the court did not accept Chody's argument that even if the facts were accurate, his use of force was "not excessive to the need," as stated in the order. And Sparks said the record is "ambiguous" regarding probable cause. "Indeed Chody admits there was a question in his mind, and in the mind of his supervisor, as to whether there was probable cause to arrest Frank," the order states. After Sparks' decision, the parties settled, with the city paying about $30,000 to Perkins and Frank. According to the city attorney for the defendants, Frederick Hawkins, after internal discussions with former Chief Stan Knee and others, the city decided that a trial would be "somewhat burdensome" and wanted to "get this thing behind Chody."

According to APD, no video recording exists of the arrest. The department denied public access to the files because Frank was a juvenile when the incident occurred.

Needless to say, there's no mention of the lawsuit on Chody's campaign website. But a long list of endorsements includes the political action committee of the Austin Police Association and the WilCo Sheriffs Association. APA PAC President Wuthipong Tantaksinanukij said he had not heard of the Chody lawsuit but that the APA PAC endorsement would stand. "I know Chody personally – this does not change my opinion of him," Tantaksinanukij said. The WilCo sheriff's group was also unaware of Chody's litigation history, but declined to comment.

Contacted for a response to the lawsuit against his would-be campaign rival, Griffin replied, "Wow," adding, "The job of constable ... requires patience, dedication, skills, and common sense – not lots of money."