BILL CLINTON The former president stops in Aus­tin to talk about his new book, Giving. 11am. BookPeople, 603 N. Lamar, 472-5050. Vouchers available in-store, for free, with $27.01 purchase of the book. www.bookpeople.com.

REGISTRATION DEADLINE: ACCESSIBILITY INTER­NET RALLY invites volunteer teams of Web professionals to compete in building accessible, standards-compliant websites for area nonprofits. Winners will compete in a tri-city tournament to see who has built the most accessible site in Texas. www.knowbility.org/air-austin.

HONOR CEREMONY FOR CHOCTAW CODE TALK­ERS The Choctaw Code Talkers of World War I were the predecessors to the more well-known Navajo who communicated in code during World War II. Today, the Code Talkers' families will receive Lone Star Medals of Valor in honor of these pioneering achievements. A special exhibit will be dedicated in their memory, as well, followed by a reception. 2pm. Camp Mabry, 2200 W. 35th, 782-6242. Free. www.agd.state.tx.us.

PUBLIC HEARING: CAPITAL METRO FARE INCREASE Tonight's meeting is your final chance to give input on the new proposal for increasing the bus fare from 50 cents to $1. See www.capmetro.org/fares.asp for more. 5pm. Capital Metro Administration Building, 2910 E. Fifth (along the Silver Dillo line and bus routes 17 and 300).

CONSTITUTION CELEBRATION Learn about the U.S. Constitution, and join a lively debate and discussion about the rights it dictates. 6-8pm. ACC Eastview, 3401 Webberville, 223-5173. www.austincc.edu/cppps/news.php#constitution. 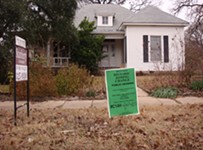 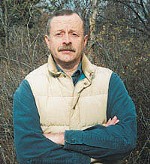