Bigger paychecks on tap for sheriff's deputies and county employees 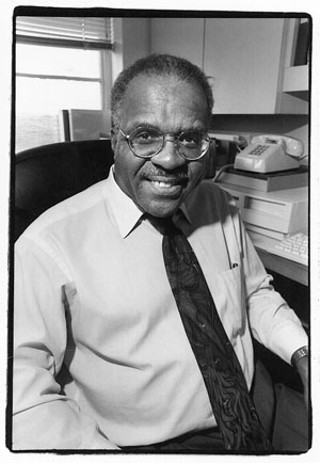 Bucking criticism that law-enforcement officers make too much money, the Travis Co. Commissioners Court moved last week to give sheriff's deputies a pay boost of 5% to 16%.

According to County Judge Sam Biscoe, much of the criticism about law enforcement's pay scale had come from AFSCME Local 1624 (American Federation of State, County and Municipal Employees), which represents rank-and-file county employees. However, commissioners may have assuaged some of those ill feelings by voting for $10 million in pay hikes – including a 3.5% cost-of-living adjustment – for all civilian employees. Additionally, the court made market adjustments to bring two-thirds of the subpar salaries in the county to market level or above. The salary hikes will be funded by, among other things, rolling over an estimated $50 million from 2007 funds and raising the average homeowner's tax bill by about $12 per year. Homeowners will have a chance to weigh in on the proposed tax rate at public hearings set for this Tuesday, Sept. 18, and Friday, Sept. 21.

Had the pay raises, and some $15 million in other markup additions to the preliminary budget, failed to pass, homeowners would have seen their tax bill reduced by $8. County officials say the proposed new tax rate would bring in an estimated $357.8 million – about $21 million more than last year.

The Sept. 5 meeting was not without occasional sparks. Sitting roundtable, commissioners discussed not whether there would be nice-sized cost-of-living and market raises but whether cost of living would be applied before or after the market raises to effect a "comprehensive workforce investment" – billed the "6% solution." At one point, AFSCME Local 1624 leader Greg Powell accused the court of "just mincing money." Biscoe countered that he was offended by the allegation that the county has not taken care of its employees, whom he says have received an average of 5% in pay increases over the last few years. The court made compensation its No. 1 priority about five years ago, Biscoe said, moving it up from the bottom of the priority list.

Based on the findings of an internal study conducted in 2005, HR officials proposed pay increases for staff attorneys, to take place incrementally over three years. Though attorneys rarely garner much sympathy for their pay, county-paid attorneys surprisingly emerged as the most underfunded of the lot, in terms of market parity. According to the study, about 75% – 156 out of 214 – attorney positions were identified as below market. "I recently had one employee who'd interviewed in Dallas and Houston and been offered over $70,000," said Rosemary Lehmberg, first district attorney under DA Ronnie Earle. "We could offer her about $52,000. She said, 'No thanks.'"

A separate 2005 study, this one conducted by outside consultant MGT, found that county law-enforcement officers were paid 13.5% above market and that no market increases were warranted. Because the MGT study used a different methodology than the one favored by law enforcement, the two sheriff's groups commissioned a salary study of their own, which figured in average salaries paid by the Austin Police Department, Georgetown Police Department, and the sheriff's offices in Williamson and Hays counties. According to this study, some law-enforcement positions are 20% below the average salaries being paid in other agencies.

The only real dissension in doling out the hefty pay hikes came from Commissioner Gerald Daugherty, who just let it go as the final multimillion compensation price tag was uttered. "My God!" he exclaimed. "I don't know how I can vote for it." And he didn't. (Commissioner Sarah Eckhardt joined him in voting no.) Daugherty and Biscoe previously had expressed differing opinions on what people expect of the Commissioners Court; Daugherty said they expect county officials to hold the line on spending, while Biscoe said people expect them to hold the line on their tax bills – which, for the record, had been decreasing until this year's budget sessions.

Commissioners will vote on the final budget Sept. 25.