When 38-year-old Rob Kampia and two friends started up the Washington, D.C.-based Marijuana Policy Project 12 years ago, there wasn't much action on the marijuana-law-reform front. No one was lobbying Capitol Hill, and no state medical marijuana laws had been passed. Just more than a decade later there are 12 states with medi-mari laws on the books, there is consistent effort in Congress to pass a law that would allow states to decide the medi-pot issue without federal intervention, and in at least one state, Nevada, there is growing support for a proposal that would legalize pot use by adults under a tax-and-regulate system similar to the way alcohol is regulated.

And behind each of these reform efforts is the MPP, which has grown from just three unpaid employees in 1995, to a paid staff of 31, a full-time presence on the Hill, and a $6 million annual budget (a significant portion of which comes from Peter Lewis, board chair of Progressive Auto Insurance).

It's been something of a meteoric rise for Kampia – starting with an arrest for personal pot cultivation in the 1980s, to a successful run for Penn State University student body president (the first ex-con president, he notes); from a two-year stint with NORML, the granddaddy of pro-pot advocates, to striking out on his own to start MPP and take a proactive role in lobbying for pot reform.

Perhaps it's not surprising then that Kampia is taking a break from D.C. this summer – a working vacation, that is – in Austin. Reefer Madness recently sat down with Kampia to talk about the MPP's rise to prominence, the politics of pot prohibition, and the future of pot-policy reform.

Reefer Madness: You have been working hard on marijuana policy reform for a pretty long time now. All things considered, are you pleased with your progress?

RM: Did you ever think by this time that, starting out, you'd be further along than you are?

RM: That would've been a safe bet.

RM: That surprised you?

RM: It's a totally different environment than when you started in 1995. It's amazing that 10 years ago there were no states with medical marijuana – well, just over 10 years ago. Is it surprising to you how many states have come on board?

RK: It's tough for me to remember what I was thinking back in 1995 about that. But it's been about right, one state a year.

RM: That's pretty optimistic of you.

RK: It's been one state a year for the last 12 years, and it will continue to be so. I can predict what the next states are going to be.

RK: New York, probably this year; Minnesota, probably next year. And also Michigan and Arizona next year. So that would make three states in one year.

RM: What about Texas?

RK: I think in all states politicians are behind the people; they follow the people. Politicians don't lead; they follow – and that's even more so the case in Texas. So, when we've changed the laws in about 18 states or so, the federal law will change to allow states to determine their own policies. And when the federal law changes the rest of the states will say, "Oh, okay, well now we might as well do it." Texas will be after that federal hump. [I]f we change federal law and there are still 24 or so states that we have to tackle, Texas will be one of the last.

RM: What else is on tap? What about Nevada [where there is an effort to legalize and tax-and-regulate marijuana use by adults]? Even though the initiative has twice failed, there's been a lot of support. Does that surprise you?

RM: Is that doable?

RM: Do you think that the end of marijuana prohibition will start in Nevada, or is there another contender out there?

RK: Alaska is the other contender out there. It'll be Alaska or Nevada – I'd bet my left arm on that. In terms of polling, Alaska's the best in the country.

Our polling shows that in terms of taxing and regulating marijuana like alcohol, which is how we ask the question – we got 53% for, 53-42, with five undecided. There's an 11-point spread, which is by far the highest. It's the record poll for anyone in any state ... on ending marijuana prohibition. In Nevada it's always ... 50-50. In the actual vote in November 2004 in Alaska they got 44% and then two years later in Nevada we got 44%. Looking at those two I'd say it still shows that Alaska has more support because in Alaska, the measure they voted on up there was way more radical than what we had in Nevada.

RK: Oh, it would've legalized an infinite amount of marijuana. And the other thing is that the campaign in Alaska was good on our side. It wasn't our campaign. The Nevada campaign was our campaign, and it was a fight from beginning to end. That shows that in Alaska, with a half-assed effort you can get 44% of the people to agree to legalize an infinite amount of marijuana. So, you know ... [I think pot prohibition will end in] Alaska in 2010, Nevada in 2012. By the way, the reason I think we're going to get a big boost in Nevada is because of these two reasons. Number one ... support for making marijuana legal, which is how it is asked in the Gallup Poll, increases by 1% a year – since 1995. If that trajectory stays we're going to be six points higher in Nevada in [2012]. In addition ... 2006 was a nonpresidential year. If you do it in a presidential year, that matters because our voters skew lazy and young. So, the presidential election is going to give us an automatic boost of a couple points. So we're going to get two things going for us even if we don't do anything to improve our campaign. So, those are the two states to end marijuana prohibition entirely. In Massachusetts we're also doing something that is kind of a step below that. [N]ext year we're going to put an initiative on the ballot to basically treat marijuana possession like it's a speeding ticket.

RK: Only a citation. So what will happen is, if you're apprehended in possession of under an ounce, the police take your marijuana away and give you a ticket, and you pay $100 in the mail. You can contest it if you want, but it's like a speeding ticket – most people just pay through the mail. But that is all that will happen. There's no threat of jail, of probation; you don't have to hire a lawyer; you don't have to appear in a courtroom. You don't lose your ability to get a student loan, on the state or the federal level, [and] you no longer lose your ability to get public housing or food stamps.

RM: Wow, so no collateral damage.

RM: Massachusetts seems like a good state to do that.

RM: What do you think about your opponents? Which lies are most effective?

RK: I don't think I want to state on the record what I think the most effective opponent arguments are. But they have a tendency to say that the initiatives do things that they don't, even if the plain text of it contradicts them ... they're so brazen to say, oh, well, the initiatives don't have any quantity limits or something like that, which is clearly not true. The kind of nonsense stuff like that.

RM: What about John Walters [the drug czar, head of the White House Office of the National Drug Control Policy?]

RK: [He's] an ugly man with a cold heart. Ultimately [the argument against legalizing marijuana] comes down to a hatred for people who are different from you. That's what is driving a lot of the prohibitionists ... they say, 'this person does drug whatever, [and] I don't, therefore I want to have them arrested and maybe even tortured, thrown in jail.' And the results [of that] don't matter. These people aren't looking at the reports for the frequency with which drug offenders put in jail are recidivists. They don't care. It's all very – like I like to say – it's a holy war. And when you're creating a holy war, you don't actually have to win; you just have to fight. 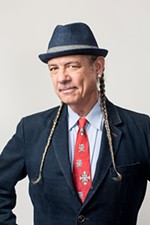 A Place for Pot in Trump's America?
Mixed signals from the White House put legalization advocates on high alert 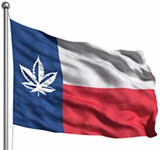