Tweet
print
write a letter
The hornet's nest stirred up by Gov. Rick Perry's veto of $154 million in community-college funding continues to buzz. As we've previously reported, the veto fight -- which could be dubbed Rick Perry vs. the World if that name weren't already taken by a political blog -- stems from Perry's line-item veto of state funds that he said community colleges were improperly requesting for certain employees' health insurance. Perry says state law mandates those workers must be covered with local funds -- and that the colleges have committed fraud by doing otherwise -- which drew a flurry of furious op-eds from several legislators and community-college presidents, the latter of whom say they'll have to slash their budgets, raise tuition, and raise local taxes to balance the books in fiscal year 2009.

On July 27, Rep. Jim Dunnam, D-Waco, wrote to House Speaker Tom Craddick, who, as co-chair with Lt. Gov. David Dewhurst of the Legislative Budget Board, has the authority to put the cash back. On Aug. 1, Craddick replied by letter, saying he was already working with Perry, Dewhurst, and the House to find a solution. While noting he had supported the original appropriation, he said he realized Perry had some "legitimate concerns" when he removed the cash. A note of caution was struck when Craddick wrote that even though the sum was originally approved by both House and Senate, he could only transfer from the final budget money that is earmarked for other projects. He said that it is his "intention to act quickly so that community colleges will be able to plan accordingly."

On July 25, Dewhurst told the Senate he would "convene a working group in the next few weeks that includes Senators [Steve] Ogden, [Florence] Shapiro, [Robert] Duncan, [Judith] Zaffirini, [Juan] Hinojosa, and other interested members, along with the governor's office, the community colleges, members of the House of Representatives, and the appropriate state agencies, so we can work together toward a solution by the end of this year."

Sen. Zaffirini, D-Laredo -- who penned one of the angry editorials -- isn't waiting on Dewhurst. She announced earlier this month that she will convene a hearing of the Senate Higher Education Subcommittee to hear invited and public testimony on the issue. The subcommittee will meet at 10am Tuesday, Aug. 14, in the Senate Finance Committee Room, E-1.036 in the Capitol Extension. 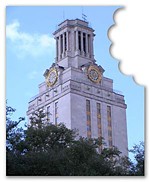