Oh, the Joy of Double Dipping

Tweet
print
write a letter
There's Rick Perry the governor and Rick Perry the political campaigner. Sometimes it's hard to tell the two apart -- and it's even harder when they have the same staff and phone numbers.

Perry's political action committee, Texans for Rick Perry, announced two weeks ago that the group had $1.4 million in hand for boosting Perry's pet causes. The news release directed media inquiries to Robert Black -- the same Robert Black who also serves as the governor's official press secretary. When contacted, Texans for Rick Perry provided a contact number for Black, in his role as committee spokes­man. Only, the phone number was for the main switchboard in the governor's office.

Even with all the national scandals about the blurring of lines between the White House and Republican National Committee, Black's two-hatted role is entirely legal in Texas. State campaign law says it's OK for Black to take campaign inquiries at his state number, as long as he's a campaign staff member and not a volunteer.

A spokeswoman for Perry's PAC said Black does not hold an official position with the committee, but Black confirmed via e-mail that he is on its payroll, stating, "as Press Secretary, I am the Governor's chief spokesperson for both state and political issues."

According to the most recent filings with the Texas Ethics Commission, Black has received $4,060 in PAC salary since January, in addition to his press-secretary wages. "That's the way Perry used to handle [current deputy chief of staff and former press secretary] Kathy Walt," Wood said. "She used to work for him and for the campaign."

The fact that he is taking calls about campaign business while working in the governor's office is not illegal, Wood added, because even though it's an official state telephone number, incoming calls are legal. "There's no expense involved, so there's no issue," Wood said. "Every officeholder makes calls they shouldn't."

Black is not the only member of Perry's gubernatorial staff drawing a salary from the PAC. Other staffers on the payroll, according to records, include Ken Armbrister, a former Democratic state senator and current Perry legislative director, paid $10,160 since the first of the year; communications director Eric Bearse ($2,475); community affairs director Alfredo Rodriguez ($1,905); scheduling director David Eichler ($1,616); and recently departed Chief of Staff Deirdre Delisi ($16,614).

Texans for Rick Perry did not return e-mailed questions about what services the staffers provided to the committee. 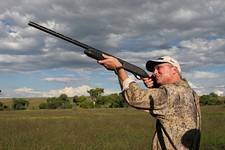