Tweet
print
write a letter
A federal jury ruled last month in favor of the Texas Commission on Environmental Quality in a racial-discrimination lawsuit filed by two former employees. The June 7 verdict came as a major blow to plaintiffs Regina Adams and Deidre Moss, said one source close to the case. "It was tough; it hurt them a lot," the source added.

In 2005, Adams and Moss filed separate lawsuits against TCEQ, charging racial discrimination as well as a hostile and retaliatory work environment. The plaintiffs had testified that African-American employees generally receive lower wages and benefits and fewer promotions. Moss began work at TCEQ in 1992, and Adams in 1996. Despite excellent qualifications, according to the lawsuit's initial complaint, each plaintiff "was not selected [for a promotion] for pre-textual reasons." That reason, the plaintiffs argued, was racism on the part of their boss, Kerry Stennett, then Support Services Division director in a division of the agency.

Much of the case centered on Adams' deposition testimony, in which she stated that when the Ku Klux Klan marched on the Capitol in late 2005, Stennett told her, "I have a family member there. I need to go down and visit him." In addition, the lawsuit claimed Stennett had refused the plaintiffs' request to remove "motivational" posters depicting pictures of monkeys, with captions saying, "It's what's on the inside that counts, not 'good hair.'"

The lawsuit further accused Stennett of changing the rankings of black applicants and tailoring job descriptions to favor white applicants. However, the jury was not privy to the full complement of such evidence. On June 2, the first day of trial, fireworks erupted from the bench almost immediately. The first spark touched off when the plaintiffs' attorney, Lou McCreary, asked Stennett if it was true that she had other discrimination complaints filed against her. With that, by numerous accounts, Judge Sam Sparks exploded -- dismissing the jury, angrily reprimanding McCreary, and declaring a mistrial in one fell swoop. "He went ballistic," one courtroom source said. The judge's anger was apparently rooted in the plaintiffs' counsel's line of questioning with Stennett, in an attempt to establish a pattern of discrimination.

Sparks also stipulated that the mistrial would stand if the defendant's counsel desired, which it did. Finally, the judge urged the plaintiffs to settle, but they refused. A new jury was impaneled by the end of the day, and the second trial began the next morning.

Early on, however, a shell-shocked McCreary approached the bench to get the go-ahead to introduce the KKK incident as evidence, as witnesses were prepared to affirm it had occurred. Sparks then warned McCreary that such testimony had better not veer from that single fact, lest the judge charge him with contempt and possibly declare another mistrial. So, McCreary reportedly decided to play it safe, and the jury never heard about Stennett's loyalty to a family member participating in the KKK rally.

Nonetheless, the trial still covered plenty of ground designed to illustrate Stennett's alleged discrimination and hostility toward the plaintiffs. "She would do things to piss them off," one source and trial witness said.

For TCEQ's part, in scorching closing arguments, the defendants' counsel argued that the plaintiffs had no real evidence of discrimination because they were no more qualified than the person who received the promotion. The state attorneys blasted Adams and Moss for being "nothing but opportunists" and dubbed Adams as "nothing but an eavesdropper," referring to the time she overheard Stennett's plot to deny the promotion to either plaintiff, even before conducting interviews.

At the end of the trial, Sparks issued very specific written instructions to jurors. Even after his own highly emotional performance during the trial, Sparks -- who is well-known for his colorful candor -- instructed jurors not to react from the perspective of an "overly sensitive person." The person's conduct, he wrote, must be "extremely insensitive" to be legally discriminatory. Then, he gave the green light to conduct that could be considered contrary to TCEQ's own employee manual. Sparks wrote that "simple teasing, off-hand comments, sporadic use of offensive language, occasional race-related jokes, and isolated incidents (unless extremely serious) will not amount to discriminatory charges in the terms and conditions of employment." The judge also noted in his instructions that because only one promotion was at issue, the jury could find only one plaintiff the victim of discrimination. Perhaps it was not so much of a shock that on June 7 the jury found for the defense.

Now that the trial is over, both sides are trying to pick up the pieces. On the one hand, plaintiffs' supporters doubt much will change in the way of policy and practice at TCEQ. On the other hand, some view the trial as not a total loss: In late June, TCEQ announced that Stennett and Jim Sessions (also named as a defendant in the suit) had tendered their resignations. 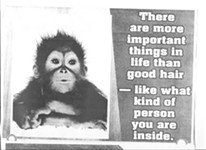