Study: Everyone Benefits From Pre-K

If Texas improved and expanded its prekindergarten program to include all children, state would get $8 back for every $1 invested, new research indicates

Tweet
print
write a letter
If Texas improved and expanded its prekindergarten program to include all children, the state would get $8 back for every $1 invested, according to a study released this week by the Economic Policy Institute, a D.C.-based nonprofit. The study bases its figures on the results of Chicago's pre-K model, which set the standard for public pre-K programs in the 1960s. Those children are now in their 20s, and study author Robert Lynch says it's clear they've done much better than their peers who weren't in pre-K.

"Across the board, they've had much better outcomes in both life and school," Lynch says. "They've had higher graduation rates, they earn more, and they've committed fewer crimes." This isn't just good for these individuals. The gains can affect a state's economy, tax base, and the amount it spends on incarceration and social services.

Texas is one of 38 states that already have a pre-K program. It started a pre-K program for high-risk 4-year-olds in 1984 and has been slowly expanding it over time. It now covers 3- and 4-year-olds who are economically disadvantaged (eligible for free or reduced school lunches), have limited English skills, are homeless or in foster care, or have military parents on active duty. The Texas Early Childhood Education Coalition, which works to expand pre-K, and the Bush School of Government and Public Service at Texas A&M did their own study and found that Texas communities get back $3.50 for every dollar they invest in pre-K. Still, no one expects the state to adopt a universal program anytime soon. "Texas just isn't there yet," says coalition Deputy Director Kara Johnson. "Although it will more than pay for itself in the long run, it has a huge price tag."

It's not just that the Chicago model promoted by the Economic Policy Institute would expand the number of students served; it also would cost more for each student. Texas now spends around $2,600 per student for a half-day of pre-K. The Chicago model costs $6,000 per student, because it has low student-teacher ratios, teachers who have degrees in early childhood education, and provides some health services and parental outreach.

The extent of the pre-K program varies by district in Texas. Some Texas districts, including Austin, have been working to get a bigger bang for their buck by having pre-K programs share facilities and services with child-care and Head Start programs. Such sharing can help working mothers in districts that only provide a half-day of pre-K, because their children can transition seamlessly to Head Start or child care. This model has proven successful in many districts and is expanding throughout the state.

Still, Lynch looks at all the benefits of Chicago's intensive program and believes Texas and other states can't go wrong by investing more. "The research is unanimous," he says. "Pre-K programs bring enormous returns, both for children and society as a whole. It's difficult to understand why the nation isn't investing more." 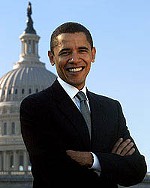