Flooding along the Colorado River has endangered more than just people; wild animals have been harmed, as well. (Photo By Jana Birchum)

First there was a record-setting drought that stretched through the winter. Then heavy summer storms and floods unmatched in 50 years. And the wildlife of Austin and the Hill Country have been hammered by both.

The June rains claimed a lot of animal victims. The timing for some species couldn't have been worse, since this is when they're rearing young. A common problem has been fledglings, unable to look after themselves, being knocked out of the nest. "For birds like doves that build a very flat, rickety nest, it's easy for them to get blown down by high winds," said Vernon Bevill, small-game program director for the Texas Parks & Wildlife Department. But it hasn't just been the wind in the branches; it's been the floods on the ground. The sheer volume of water can cause burrows to fill with water or just collapse, burying them or forcing them out. And just because an animal nests above ground doesn't mean it's safe from the weather. Bevill notes that "hole-nesters like squirrels and raccoons can have problems because the water can run down the trees and into the holes, causing it to flood out."

Parks & Wildlife has warned people to be careful of displaced animals, especially snakes that have been forced into the open by rising groundwater and runoff. But, as usual, it's animals that have more to fear from people. Slow-moving creatures, or ones that normally hide underground or in slow-moving ponds, come in contact with humans more as they flee the floods. "With the high waters, we've seen a lot of turtles moving around and being brought in after they've been hit on the road," said Preston Doughty, president of Austin Wildlife Rescue.

It's animals in obvious distress that may need help, but the rescue and rehabilitation charity warns against people trying to save every bird or beast they see. Even with an injured animal, or one seemingly abandoned by its parents, AWR recommends calling expert rescuers first, rather than trying to save a creature that's merely resting or may carry an infection.

Even with the rain and flooding, AWR hasn't seen many dramatic rescues of the kind that make for exciting TV footage. Instead, they're mostly dealing with the insidious diseases that come with warm, wet weather. The worst is insects laying their eggs in wounds that would normally heal quickly. "Flies right now are really the issue," Doughty said. "These create problems for animals but can be deadly for wildlife if they're injured or ill." Rescue workers have seen a notable rise in the number of wild animals needing eggs or larvae removed, not to mention the wounds cleaned, before release. Infestations are also bad news for fledglings that survive the fall from a tree. Down on the ground, they can be bitten to death by ants or mosquitoes. Yet, long term, those same bugs could help restore the populations of birds and small animals that saw their numbers dwindle during the drought. "Insects are the key, because most of baby birds are fed with them," said Cliff Shackelford, nongame ornithologist for Parks & Wildlife and one of the leading bird experts in the state. "Lots of animals are breeding twice. With this kind of weather, even if you lost your first clutch, you've got a good chance to have a second clutch, maybe even a third. This could have long-term good effects, as long as we have a break soon or don't get hit by a hurricane. … The rain helps the plant life, and we'll probably have nectar and more seed. That means more butterflies and more seed for seed-eaters." It also means there'll be extra grass cover for ground-nesters and more leaf cover for tree-dwellers, during any late heat wave.

One Austin animal to have weathered the storms better than most is also one of the city's most familiar – Tadarida brasiliensis, the Mexican free-tailed bats that roost and raise their young under the Ann Richards Congress Avenue Bridge. Unlike easily dislodged doves, they have a few thousand tons of metal and concrete protecting them and their young. "The bridge is doing a really good job, and the bats are pretty warm and secure under there," said Mylea Bayless, a conservation biologist for Austin-based Bat Conservation International. "Any time we have prolonged rain, they might not come out to forage, but we'd have to have a lot of rain for a long time to have any real effect." This could affect their famous mass launches at dusk, says Bayless. "We might see the emergence flights become more sporadic and later, making them less observable." And there's another downside: 1.5 million bats' worth of guano. Add in damp and warm conditions, and determined bat-watchers may smell the critters before seeing or hearing them. Even if the parents feed less frequently, the sheer volume of insects available means they'll be healthy enough to rear their young. "We don't expect to see any change in the pup numbers or size," Bayless said.

Parks & Wildlife's Bevill warns against thinking this rain has solved all the local wildlife's problems, however. "Two or three years ago, we had a very similar pattern, with a lot of rain into July," he recalls. "Then it just quit, and it got pretty dry by August. It's just too early to say what to expect." 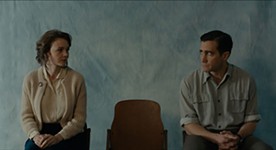