The Dust Settles: How did local legislators fare?

Tweet
print
write a letter
Against the session's backdrop of intermittent political unrest in the House, Austin-area representatives nonetheless managed to pass meaningful legislation, which should hold most of them in good stead when they seek re-election next year. Two or three, however, may be forced into frontline battles to defend their House seats.

Democratic activists have spent the better part of the year on a scouting mission in Williamson Co., where they hope to run a strong candidate against incumbent Mike Krusee – just when he had finally found his voice in the long-running battle to topple Speaker Tom Craddick. The Round Rock Republican made a name for himself when he publicly slammed the speaker in an eloquent one-two punch, delivered as a personal privilege speech in the closing days of the session. His principled remarks (inspired by Craddick's end-run on House rules) earned him hearty claps on the back from both Democrats and Republicans – "the ones who are still speaking to me, that is," Krusee says, referring to his friends among the anti-Craddick Republicans. Krusee had apparently run afoul of the party leadership early in the session, well before he announced his defection from Team Craddick. By then, Republican operatives had already "kicked him off the reservation," as one member put it, and targeted the veteran rep for a primary challenge.

Potential re-election problems also extend to a couple of Democrats – Austin's Dawnna Dukes and Dripping Springs' Patrick Rose – whose allegiance to Craddick naturally placed them at greater risk of drawing primary opponents in the next election cycle. As a "Craddick D," Rose won a promotion to chair House and Human Services but bailed on the speaker in an 11th-hour jump – too late, perhaps, to salvage whatever support he had lost among a growing force of Democrats in his district spanning Hays and Caldwell counties.

Of the three at-risk reps, Dukes is considered the most vulnerable, given that her Democratic constituents in eastern Travis Co. (and the rest of us for that matter) are rather perplexed by her repeated vows to stick with Craddick, at least publicly, even as his circle of allies grows smaller.

But it is a mystery whether Craddick will even seek re-election, especially as his most loyal "D" – Speaker Pro Tem Sylvester Turner – has joined the field of candidates for speaker. "The biggest question is whether Sylvester Turner made his decision with or without Tom Craddick's blessing," said Elliott Naishtat, Austin's longest-serving House member. "If Turner's announcement reflects a decision by [Craddick] not to seek re-election … then many doors will open up for progressive change in the Texas House." (For what it's worth, GOP Capitol buzz reports Craddick was meeting last week with his inner circle – among them HillCo's Bill Miller, lobbyist Bill Messer, and deep pockets Richard Weekley and James Leininger – plotting primary revenge against those Republicans who led the uprising against him.)

But aside from the Craddick factor, local voters will examine their representatives' 2007 performance records before heading to the polls next year. Here's a summary of how local House members fared this session. (We reported on Austin Sen. Kirk Watson's freshman experience in the May 18 edition.) You can also study individual legislators' records in greater detail on the Legislature Web site, www.capitol.state.tx.us.

Rep. Elliott Naishtat, District 49: The stealth-jet Naishtat cleaned up by passing 28 bills, his most successful year since the GOP takeover of 2003. Naishtat says he made a strategic decision not to take public stands against the leadership, as he had in past sessions, to maximize his chances of successfully moving his bills onto the governor's desk. "We had so many good Democrats who played a very important role in confronting the leadership and raising points of order," he said, "so I made a conscious decision not to be at the back mic as often and to focus on key bills." He's especially proud of passing a measure to help small businesses provide health-care coverage for employees through an optional "three-share" pilot grant program created at the county level. And he succeeded in his second attempt to pass a constitutional measure providing tax relief for 1.3 million seniors and people with disabilities. Voters approved the proposal in May. Naishtat proposed a similar bill in a special session last year, but it was axed in the Senate. This time, he worked with GOP leaders to ensure passage. 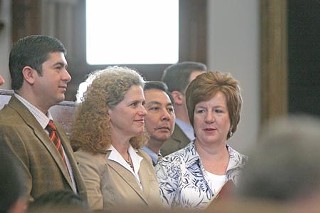 Rep. Eddie Rodriguez, District 51: Even noncontroversial bills can get caught in the cross fire, as Rodriguez learned with an Austin measure to clean up language in an affordable-housing bill he passed in the 2005 session (the city had asked Rodriguez to fix some holes in the bill creating a homestead preservation district in East Austin). The chair of Local and Consent, Charlie Howard, R-Sugar Land, sat on the bill until the drop-dead day for local bills. There was strong suspicion that Howard had deliberately stalled, pending the outcome of a private-property matter he was negotiating with the city of Austin – but the bill moved on the final day and is on its way to the governor. (Other House members accused Howard of playing politics with local bills, too, but he vigorously denied it.) Apart from the Howard headache, Rodriguez passed 10 bills, marking his most successful session since taking office in 2003. "It's just amazing how Craddick has jazzed up the Democrats," he says. "That's really the biggest thing he's done for us; he's solidified our position in the Legislature."

Rep. Valinda Bolton, District 47: With her background in crisis management in the areas of domestic violence and sexual assault, Austin's newest House member drew on her skills to help leaders resolve the Texas Youth Commission debacle. She credits GOP Rep. Jerry Madden, Richardson, and Dem Rep. Jim McReynolds, Lufkin, for helping her move a bill that opens the door for advocacy groups to enter TYC facilities. Bolton is already planning her next legislative agenda. She intends to continue working on water bills and other growth-related issues in her booming southwest Travis Co. district, and she wants to pursue her goal of improving mental-health services for Texas children. "Personally I think I had a great session in terms of getting my sea legs," she said. "And I'm very pleased to have four or five bills on the governor's desk."

Rep. Donna Howard, District 48: One of Howard's brightest moments this session came and went in a flash, with very little fanfare. The West Austin representative passed a trio of immunization bills as amendments, hooking them onto a homeland-security-related measure (Senate Bill 11) reforming the state's response to terrorism and natural disasters. Howard's amendment expands and strengthens the state's immunization-record system – widely supported by health-care advocates but lacking support in committee, where it had been left to die. Howard proved herself a team player, evidenced by her heavy workload, including a number of conference committees. 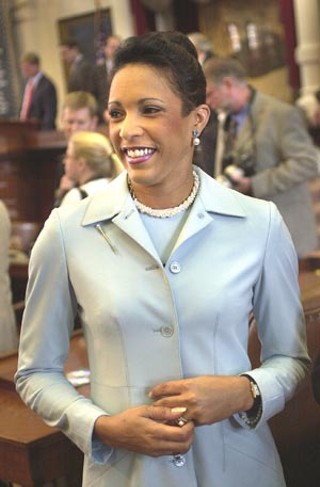 Rep. Dawnna Dukes, District 46: Dukes' seat on the powerful Appropriations Committee gave her greater participation in key funding decisions this year, and she took a lead role (as did Naishtat and many other Dems) in passing a bill to expand the Children's Health Insurance Program. She was also the author of a bill creating a $20 million incentive carrot for film production companies to rebuild their Texas presence.

Rep. Mark Strama, District 50: Strama was perhaps the most outspoken local critic of the Craddick machine, challenging the leadership in a memorable "Alice in Wonderland" speech – because (quoting Humpty Dumpty) in Craddick's interpretation of the House rules, the only question had become, "Who is to be master?" As in previous sessions, the leadership was not keen on campaign finance reform – a Strama priority – so little progress was made on strengthening accountability measures. Strama did succeed in moving a bill (as an amendment) that would provide veterans better access to free tuition at public universities. 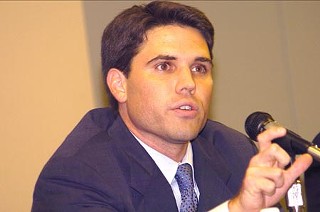 Rep. Patrick Rose, District 45: The Dripping Springs rep generally earned good marks in his first term chairing the Human Services Committee; he also earned his National Rifle Association spurs by leading the effort to add further protections to the rights of gun owners. Rose took a lead role in advancing a measure that will add a bond proposal to the November ballot, asking voters to pay for a $3 billion cancer research program. He had less success on one of the hottest issues in his district – groundwater conservation.

Rep. Mike Krusee, District 52: The long-serving Round Rock rep took another drubbing on toll roads this session, an unpopular issue that he continues to defend in spite of lawmakers' eagerness to whittle down the oversized statewide road-building program. Outside the road wars, Krusee managed to pick up a $9 million goody for his district, which will fund the creation of a clinical program in Round Rock for Texas A&M medical students.