APD Shooting: What went down 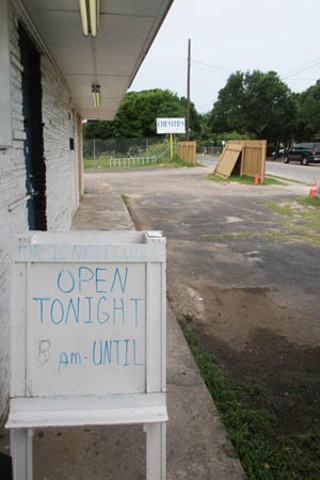 To put it bluntly, last weekend was a shitty one for the Austin Police Department and for the family of 25-year-old Kevin Alexander Brown, who was shot and killed by Sgt. Michael Olsen after a scuffle with police early Sunday morning in East Austin.

The official account of the incident is limited in detail because police are adamant that the integrity of the criminal inquiry, involving a "large number of witnesses," be maintained, APD Assistant Chief David Carter said June 4. Police say Olsen was working a directed patrol in the area of Chester's Nightclub, near East 12th and Airport Boulevard, with several other officers when he was approached by a club employee, who Carter said was "concerned" that a man in a red shirt, Brown, was carrying a "weapon, specifically a handgun." Brown was among a crowd gathered in the nightclub parking lot when Olsen and Officer Ivan Ramos approached him. Police say only that a "struggle ensued" when Olsen tried to question Brown about the gun and that Brown fled, scaled a fence, and took off running through a neighboring apartment complex. The officers followed, with Olsen going around the fence, in an attempt to head Brown off, sources told the Chronicle. Official details end here, but sources told us Olsen ended up ahead with Brown running toward him. Olsen twice yelled for Brown to stop; when he didn't, Olsen fired several rounds, killing Brown. At press time, the number of shots fired, and where Brown was hit, had not been released publicly; although unofficial reports say Brown was shot twice in the back of his body, police and prosecutors have asked Travis Co. Medical Examiner David Dolinak to withhold the report until officials have an opportunity to review the final autopsy report.

Chester's Nightclub has been a magnet for neighborhood complaints since opening in December. It's a bring-your-own-booze club, open Friday and Saturday nights until 5am, and since opening, police have reportedly received 204 calls to 911 for service near and around the club. Neighborhood complaints – including those related to the often-crowded and -rowdy parking-lot scene – prompted police to intervene earlier this year in order to help ease growing tensions there. Club management agreed to hire armed security and to participate in community meetings, and police organized the directed patrol in an attempt to rein in nuisance complaints, largely about noise and excessive cruising. Olsen was one of several officers patrolling the area early Sunday morning. In March, APD officials told the Austin American-Statesman they were pleased with the deal they had brokered with neighbors and club management. "Our expectations are high that everything will work out well," APD Cmdr. Mike Nyert said.

The Brown shooting came just two days after city officials announced that the civil rights division of the U.S. Department of Justice would be coming to Austin to investigate APD in order to "determine whether [the department] is systemically violating constitutional rights, with a focus on the department's use of force," City Manager Toby Futrell wrote in a Friday memo to council. (The DOJ contacted City Attorney David Smith the day before, May 31, advising that the investigators would be coming to town.)

Nelson Linder, head of the Austin NAACP, and Jim Harrington, director of the Texas Civil Rights Project, filed an official complaint with the DOJ back in June 2004, asking that the agency investigate their concerns that Austin police regularly use excessive force on minority suspects, including in two high-profile shootings – of Sophia King in 2002 and Jesse Lee Owens in 2003 – both involving white officers and black suspects. (King had schizophrenia and was shot by police while trying to stab an employee of the city housing authority. Owens was shot and killed during a traffic stop, under circumstances that are still a matter of much debate.)

Linder amended the complaint in 2005 to include details of the Midtown Live nightclub fire that sparked the "burn baby burn" fiasco when responding officers and dispatchers exchanged celebratory messages about the fire, viewed on in-car data screens by a gaggle of bystanders. And in March 2005, Knee and Futrell signed on to the request for a federal inquiry, telling local U.S. Attorney Johnny Sutton that the city "would welcome an outside, objective review of [APD] policies, procedures and practices," Futrell wrote in last week's memo.

Frankly, says Harrington, the DOJ complaint was filed as a shot in the dark – the DOJ takes on very few such reviews, and its civil rights division hasn't enjoyed a reputation as being particularly proactive. So he was surprised to hear the agency had agreed to come to town, and he doesn't think that bodes well for the city. "The fact is that there are so few cities selected for review that it does not speak well of Austin," he said.

The investigation is expected to begin within the month and could take up to three years to complete, Futrell said June 1. Last weekend's shooting will be included in the investigation. 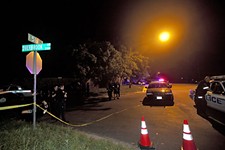 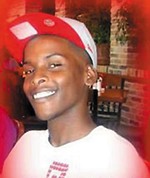