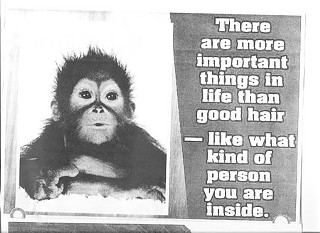 A lawsuit filed by two former employees of the Texas Commission on Environmental Quality accuses the agency of racial discrimination, contending that TCEQ denied the plaintiffs a promotion in July 2004 because they are black and promoted a less-qualified, white candidate instead.

TCEQ infringed on the civil rights of plaintiffs Regina Adams and Diedre Moss, as well as violated federal law, according to Adams and Moss' joint complaint. In addition, ongoing discrimination and retaliation "damaged [plaintiffs'] reputation and prospects for advancement," the complaint states.

In its defense, TCEQ argues the plaintiffs have presented no real evidence of civil rights violations. TCEQ lawyers also took issue with plaintiffs' original complaints, which were identical, by moving to have them consolidated.

Despite the template nature of the formal complaint, the devil's in the lawsuit's depositions, judging from sworn testimony completed last week. Moss began work at TCEQ in 1992, and Adams in 1996. The depositions describe how the two – who testify they loved their jobs and want them back – left the agency because the work environment had become too hostile and humiliating for them to bear. Despite excellent qualifications – delineated in résumés listing copious skills and awards – according to the complaint, each plaintiff "was not selected [for the promotion] for pre-textual reasons," such as office plotting, acidic rantings, and foul captions attached to animal posters.

Adams and Moss testify to numerous incidents of discrimination in their sworn depositions. For instance, as a member of an applicant review panel, Adams says she witnessed Support Services Division director Kerry Stennett "changing the ranking of an applicant and hiring a white female … who was less qualified." Moreover, Adams testifies that evaluations and bonuses were not afforded to black employees equally. When Adams asked for a bonus, Stennett slapped a star on her shoulder and said, "That's your bonus," the deposition reads. And, when the Ku Klux Klan marched on the Capitol at the end of 2005, Adams testifies Stennett told her, "I have a family member there. I need to go down and visit him."

Against this alleged racist backdrop, Adams and Moss lost out on the promotion. Though defendants claim Stennett, their supervisor, notified Adams and Moss of the denial legitimately, via e-mail, Adams testifies that she got wind of it much sooner, when she overheard Stennett announce to peers, before the interviews, "I have a great plan. I'm not going to hire Regina Adams or Joe McGill [another black employee] or Dee Moss in the manager IV position"; Stennett admits in her own deposition that she didn't rank employees for the job.

On April 18 and May 4, 2005, respectively, Adams and Moss filed complaints with the Equal Employment Opportunity Commission. The lawsuit ensued – as well as "ongoing retaliation," according to their pleadings. During a staff meeting, for example, Stennett "burst out into a rage" and called Adams and Moss "troublemakers," both women testify. When Adams objected, Stennett reportedly said, "I'm the boss. … You shut up."

"Motivational" posters subsequently appeared on office walls, showing a monkey face underscored by two captions taped together, reading, "It's better to be hated for what you are than to be loved for something you're not," and, "There are more important things in life than good hair, like what kind of person you are inside." Interpreting the displays as discriminatory, Adams and other co-workers complained to human resources. TCEQ reacted to the complaints by "put[ting] up more posters," said Derek Howard, attorney for the plaintiffs. "This conduct is like that of a bunch of mean, tobacco-chewing Klansmen laughing in their faces," Howard said.

In pleadings filed May 10 and prior, TCEQ attorneys, in seemingly calculated oblivion of deposition testimony, argue that the Stennett e-mail is "the sole alleged unlawful practice in Plaintiffs' Complaints" (in other words, the defense is attempting to limit the plaintiffs' denial of promotion, retaliation, and hostile work environment complaints to the notification e-mail message, which wasn't even illegal); natter over the fact that plaintiffs missed the deadline for filing their EEOC complaint while begging for mercy for missing a deadline themselves; and proclaim that the 11th Amendment affords the agency immunity. When contacted by the Chronicle, TCEQ spokeswoman Andrea Morrow said the agency doesn't "comment on pending lawsuits." Stennett vehemently denies in her deposition that she is racist and calls a prior Chronicle story mentioning the monkey posters libelous. She does, however, acknowledge that she chuckled over another manager's comment about different salaries for like positions. "The comment was … we have to see what they look like," Stennett testifies.

Adams and Moss are seeking compensatory damages and a permanent injunction against TCEQ. "This is a classic case of racism in the workplace, in which a supervisor's blatant racist behavior is allowed to go unchecked," Howard said. The lawsuit is set for jury trial on June 1 in federal district court, with Judge Sam Sparks presiding.