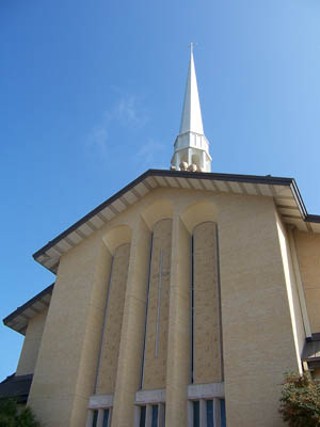 The Hyde Park Baptist Church's day-care center reached a settlement with the parents of Parker Curtis. (Photo By Taylor Holland)

After a weeklong trial in the 345th District Court and a day and a half of deliberation, earlier this spring a Travis Co. jury found a teacher at the Hyde Park Baptist Church's day-care center had intentionally injured at least one young child in her care (see "When the Bough Breaks,," Nov. 17, 2006). The family of Parker Curtis, who was not yet 2 years old when he was a student at the Hyde Park Baptist Child Development Center, run by the Hyde Park Baptist Church, says Parker's teacher pushed him, causing him to fall and injure his head. On March 8, jurors ordered the church to pay the Curtis family $163,562 for expenses related to Parker's past and future medical needs as well as his "physical and mental anguish." The teacher, Belinda Sue Lowry, settled with the Curtis family before the trial; the details of that agreement are confidential.

Rene Ratliff, a teaching aide to Lowry during the time that Parker was in her class, told the jury she saw Lowry approach Parker in the classroom on Jan. 18, 2005, and begin arguing with him. She then deliberately swung her hip into his body, Ratliff said, causing him to fall backward and hit his head. Ratliff said Lowry did not comfort Parker nor apply ice to the bump on the back of his skull. According to police reports, Shelly Miller, another teacher at the center, checked Parker's head a day later and found a "quarter-sized" swelling. Ratliff reported the incident to the center's administration, but the administration did not immediately inform Parker's parents that he had been injured.

According to Ratliff and Amber Braeckow, another teaching aide who had worked with Lowry previously, the incident with Parker was only one of several instances in which Lowry mistreated a child in her care. Ratliff and Braeckow told jurors that Lowry was often impatient with the toddlers, sometimes pushing them off furniture, pinning them against walls, and denying them food at meal times. Braeckow told jurors she had reported Lowry's mistreatment of children to day-care administrators "almost every day" for several months, before asking to be transferred to another classroom. She says administrators ignored her complaints and told her that because she was the only witness to the incidents, her complaints were pointless.

Administrators and church representatives have denied responsibility for Parker's fall. On the witness stand under defense questioning, Lowry said the movement that pushed Parker over was an accident and that she was stepping in front of him to prevent him from running over another child who was sleeping on the floor. (This description of the incident is considerably different from Ratliff's; Ratliff told police that Parker was standing by himself away from the other children and "not bothering anybody" when Lowry approached him.) After describing Parker's fall to the court, Lowry invoked the Fifth Amendment and refused to answer questions from the plaintiffs' attorneys.

According to investigative records, after Parker's fall, Ratliff spoke to Braeckow about that and other incidents, and Braeckow phoned a report to the Department of Child Protective Services. After CPS began investigating, center administrators began their own investigation and questioned Ratliff, Braeckow, and other teachers. A few days after the fall, Lowry was suspended; she resigned shortly afterward. Only when Parker's mother insisted on knowing why her son's teacher was gone did administrators tell her about Parker's injury.

When deposed, the center's head administrator, Ginny Braden, had said Lowry would have been fired if she had not resigned – not because Parker fell but because Lowry failed to complete the proper paperwork to report his injury. At the trial, Braden praised Lowry's teaching ability and said she would in principle be willing to hire her again.

Attorneys for the church have filed a motion for a new trial that would throw out the verdict and the damages awarded. Attorney Craig Nevelow said the church's motion would hinge on whether the action of Lowry's hip that knocked Parker over was deliberate or accidental. He says the jury did not consider the question of Lowry's intention when it made its finding. He also questioned whether the size of the award is commensurate with the damages Parker sustained in the fall.

Laurie Higginbotham, attorney for the Curtis family, says the jury was asked to consider whether Lowry's "intentional act … caused injury to Parker Curtis," so the question of whether or not Lowry meant for Parker to fall has already been considered. "This is a very, very weak argument, and we don't expect it to be successful," Higginbotham says.

Nevelow says if the motion for a new trial isn't granted, the church will consider appealing to a higher court. 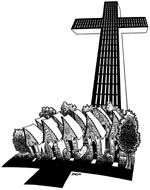 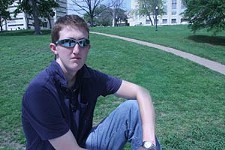 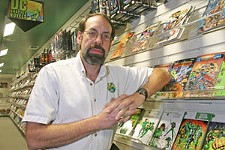