Criminal Justice: From Headlines to Humane 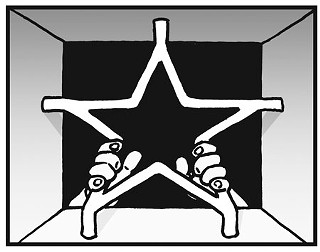 Jessica's Law: Named for the Florida 9-year-old who was raped and buried alive, House Bill 8, by Rep. Debbie Riddle, R-Tomball, would increase penalties for violent sexual offenses against children, including the possibility of the death penalty for repeat offenders. Despite the concerns of seemingly unlikely opponents – including both advocates for sexual-assault victims and prosecutors, who believe it will backfire – lawmakers are barreling ahead, and Lt. Gov. David Dewhurst considers the bill a "key component" of his dubiously named Texas Children First initiative. The legislation also proposes a new criminal offense, "continual sex abuse" of a child, which would net a 25-year-minimum sentence upon first conviction, with the possibility of death for a second offense; extends the statute of limitations on prosecuting a child sex-assault case to 20 years after the child's 18th birthday; and provides for limited parole opportunities for many sex offenders and for "real time" Global-Positioning-System-monitoring for other paroled sex offenders. At press time, the bill is in conference committee, meaning it will pass in some form.

Low-Level Drug Offenses: The third try might be the charm for a proposal to create a legal, anonymous, one-for-one needle-exchange program in Texas. Senate Bill 308, shepherded passionately by its author, physician Sen. Robert Deuell, R-Greenville, seeks to legalize hypodermic-needle-exchange programs run by a local health department or their contractors as a way to decrease the spread of communicable diseases – including, significantly, HIV and hepatitis C. The measure, which died unceremoniously in two previous sessions, passed easily out of the Senate and is expected to do the same in the House. A similarly progressive drug-policy-related (and money-saving) reform measure, SB 1909 (by Sens. Deuell; Rodney Ellis, D-Houston; and John Carona, R-Dallas), would divert from incarceration low-level drug offenders, mandating instead probationary sentences focusing heavily on drug rehab programs.

Wrongful Convictions: Houston Democratic Sen. Rodney Ellis' continuing quest to right the wrongs felt by the wrongfully convicted seems to have caught traction with lawmakers, who acted quickly to approve a measure to increase state compensation for innocent defendants freed from prison. SB 262 would up compensation to $50,000 for each year spent behind bars, or $100,000 for each year spent on death row, and would do away with the current cap of $500,000. The bill passed easily through the Senate and through the House Corrections Committee. At press time it's awaiting hearing on the House floor. Also pending, in the House Criminal Jurisprudence Committee, is Ellis' SB 263, which would create an independent Texas Innocence Commission to study cases of wrongful conviction and to make recommendations to lawmakers on how to prevent future cases.