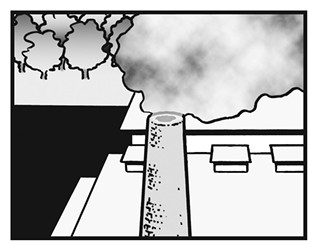 Climate Change: Trapped in committee with time running out, Houston Democrat Rodney Ellis' SB 945 requires the Texas Commission on Environmental Quality to craft a comprehensive plan to track and reduce greenhouse-gas emissions and calls for capping climate change pollution from electric power, industrial, and commercial sectors and reducing emissions to 1990 levels by 2021. Houston Republican Joe Crabb's amendment to expand the scope of a 50-year energy-needs study due in 2009 to include power plants' impact on climate change seems more likely to pass. Republican Rep. Dennis Bonnen's HB 2713 calls for the energy-planning study, but critics say its 2009 due date will be too late to prevent currently proposed coal plants from fouling Austin's air and exacerbating climate change further.

Energy Efficiency: Thirty-four legislators have climbed aboard the Omnibus Energy Efficiency Bill, HB 3693, offered by San Antonio Dem Joe Straus, which expands existing state efficiency requirements, adds new incentives, tightens building energy codes, and encourages customer-demand management – which allows utilities to momentarily cycle off customers' air conditioners during high demand and in the near term can eliminate the need for an entire new power plant, according to a recent study. HB 3693 has passed committee and is headed for the House floor with a good chance of passage. Rep. Lon Burnam's HB 1000, which establishes tax holidays for ultraefficient appliances, passed the House and has been referred to Senate committee. And Waco Republican Sen. Kip Averitt's SB 12 ramps up state efforts to clean up or replace Texas' dirtiest cars and trucks, in addition to updating building energy codes, adopting appliance standards, and providing efficiency rules for schools and governmental facilities. It's passed the Senate and is moving through House committee.