Supremes Chip Another Brick out of 'Roe' Wall 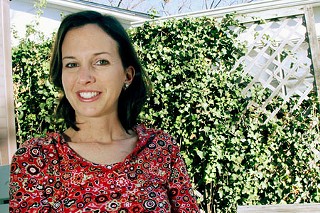 In a 5-4 decision, the U.S. Supreme Court on April 18 upheld a federal ban on so-called "partial-birth abortion," even in cases where the health of the mother is at issue – a ruling that reverses longstanding precedent essentially mandating the exception in order to pass legal muster.

Not surprisingly, staunch abortion foes applaud the decision, which represents a significant victory on the road to challenging the fundamental right to reproductive choice as determined by the Supremes in the landmark case Roe v. Wade – Justice Anthony Kennedy's majority opinion offers something of a formula for crafting narrow, and likely legal, proposals that chip away at Roe's foundation. For supporters of reproductive choice, however, the decision comes as a serious blow – one that, with time, could jeopardize the basic idea that a woman has the right to control her reproductive destiny and to make medical decisions in confidence with her doctor. "Today's decision is alarming," Justice Ruth Bader Ginsburg wrote in a dissent (joined by Justices John Paul Stevens, David Souter, and Stephen Breyer). "It tolerates, indeed applauds, federal intervention to ban nationwide a procedure found necessary and proper in certain cases … for the first time since Roe, the Court blesses a prohibition with no exception safeguarding a woman's health."

At issue in two specific cases addressed in the Wednesday ruling is an abortion procedure typically performed during the second trimester of pregnancy, known as either an "intact dilation and evacuation" or D&E, "dilation and extraction" or D&X – or, as it has been graphically dubbed by foes, partial-birth abortion, wherein a doctor dilates the cervix, partially extracting the body of a (usually) live fetus before crushing its skull in order to complete removal from the womb. In part, the question before the court was whether this procedure – admittedly, neither common nor pleasant to contemplate – is ever medically necessary or nothing more than gruesome infanticide.

The government's position on the matter, reiterated by U.S. Solicitor General Paul Clement during oral argument in November, is that intact D&E is completely unnecessary because a doctor always has the option of performing a regular D&E, where "fetal demise" happens in utero – usually by injecting drugs into the heart – before the fetus is disarticulated and removed. But reproductive health-care advocates – represented in these two cases by Planned Parenthood Federation of America and Nebraskan Dr. LeRoy Carhart – argue that there are cases when intact D&E is medically necessary – circumstances that might not result in the mother's death but would nonetheless pose a serious threat to her future health as a result of the repeated insertion of medical instrumentation necessary in a standard D&E. Therein, at least on its face, lies the controversy.

In 2000, the high court struck down a similar Nebraska state law, in part because it contained no exception for the mother's health but also because it implied that all forms of D&E could be banned. In that decision, Kennedy sided with the majority. In the wake of that ruling, Congress crafted the narrower 2003 Partial-Birth Abortion Ban, affirmed last week, which plainly outlaws "intentional" intact D&E and contains an exception only in cases where the mother would die. The narrowness of the language in the 2003 law – only banning intact D&E and only allowing for the prosecution of doctors who intentionally perform it – might explain Kennedy's migration to this majority, though that does not quash advocates' fears of a further erosion of reproductive freedom. In his carefully worded opinion, Kennedy mentions time and again that only an intentional intact D&E is banned – if a doctor were to undertake a dismemberment D&E and wind up performing an intact procedure, the doctor could not be held criminally liable. Because the intact procedure is so rare – some 90% of abortions occur within the previable first trimester through a procedure plainly protected by Roe, he explained – and because there is no consensus that the intact D&E is ever medically necessary, Kennedy opined that outlawing the procedure places no undue burden on a woman's access to safe and legal abortion. The 2003 law is "more specific concerning the instances to which it applies and in this respect more precise in its coverage," he wrote.

Still, that reasoning – even narrowly tailored – is no comfort to the court minority, represented by Ginsburg. Women's "ability to realize their full potential … is intimately connected to their ability to control their reproductive lives," she wrote. "Thus, legal challenges to undue restrictions on abortion procedures do not seek to vindicate some generalized notion of privacy; rather, they center on a woman's autonomy to determine her life's course, and thus to enjoy equal citizenship stature." As such, the court has consistently held that a woman's health must be safeguarded. That the state might have an interest in regulating medical practice does not give the government the right to interfere in individual medical decisions, thereby trumping a woman's right to equal protection. Although Kennedy's opinion suggests that an individual woman could seek a court waiver to have the intact procedure should it be deemed medically necessary, it is hard to see how in an emergency it would be viable to first roll her on a gurney up the courthouse steps.

Indeed, local reproductive-rights advocates see the ruling as a signal to abolitionists that if an exception is crafted narrowly enough, it will pass legal muster – and, in time, multiple exceptions could cripple Roe. "There's no question," says Sarah Wheat, director of public affairs for Planned Parenthood of the Texas Capital Region. Kennedy basically says, "'Hey politicians, if you feel there's a reason to interfere in a woman's private health decisions, go for it.' The implications are enormous," she says. "In Texas … [on] the one hand, we're cutting family-planning resources and making health care more inaccessible, and at the same time, we're saying, 'Great, let's do away with abortion,'" she continues. "We see [this as] a collision course for women's health."