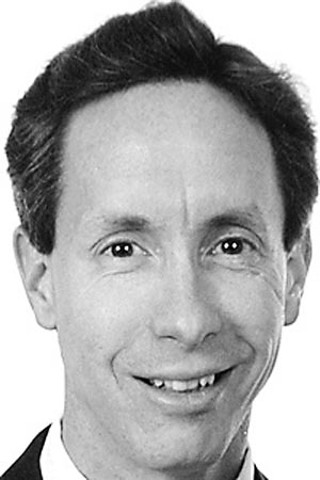 According to Warren Jeffs, the prophet leader of polygamist breakaway Mormon sect the Fundamentalist Church of Jesus Christ of Latter-day Saints, he's no prophet at all. That's right, in a handwritten note, scribbled by a shaky and frail Jeffs in court March 27, Jeffs reportedly revealed that he is, alas, a mere mortal. "I have not been a prophet and am not the prophet," he wrote.

At least that's the message, as reported by The Salt Lake Tribune and the Deseret Morning News. The Morning News, whose photographer snapped a shot of Jeffs handing the note to his lawyer, actually called in a forensic handwriting expert and a genealogist to analyze the note, which the paper "enhanced" from a blow-up of the original photo. All that work – which the paper describes in a perky graphic in its April 5 edition – apparently yielded little juice. Other than the sentence above, the paper deciphered just one additional fragment: "failed [to] lead the people of the fundamentalist church."

Still, Jeffs' revelations – if you can call them that – are fairly intriguing, and what effect, if any, they'll have on his defense is unknown. According to reports in both Salt Lake City dailies, Jeffs first tried to hand the mystery note directly to state Judge James Shumate, who is presiding over Jeffs' trial for rape-as-accomplice, where Jeffs faces up to life in prison for his role in marrying a 14-year-old girl to her older first cousin. Shumate refused to allow Jeffs to address the court directly, forcing him instead to hand the note over to his attorneys who, the dailies report, have declined to comment publicly on its contents.

So far, Jeffs' defense attorney Walter Bugden has said that the prosecution amounts to little more than religious persecution for the FLDS' polygamist ways – an argument that would be a tad undermined if Jeffs admits he's no man of God. (Not that the persecution defense would have gotten Jeffs out of hot water; the Utah Supreme Court hasn't exactly embraced that rationale for breaking the state's one-man-one-woman definition of marriage.) If Jeffs is actually renouncing his lofty position as prophet, however, it could hamper his defenders' ability to keep sealed documents they've up to now claimed are privileged religious materials, says Randy Mankin, publisher of the weekly Eldorado Success – who, with his wife, Kathy, broke the story about the FLDS exodus to his West Texas town, where sect members have been hard at work building their gated Yearning for Zion ranch.

This isn't the first time Jeffs has renounced his role as prophet, says Mankin, who first heard the news back in January when Jeffs apparently made similar statements – that "he'd never been the prophet," Mankin recalls – during a conversation with his brother Nephi, which was videotaped by Jeffs' Utah jailers. That same day, Mankin says, the YFZ ranch went completely dark; for two weeks, he says, the West Texas flock didn't turn on a single light (save for two, attached to a public water supply that, by law, must remain on). Mankin hasn't confirmed a connection between Jeffs' confession to Nephi and the self-imposed blackout (nor what it might mean), but the timing was, to say the least, eerily coincidental. The lights have since come back on, and the ranch is again bustling: Mankin says construction at YFZ has continued unabated and that the population appears to have grown considerably. (For more on the FLDS in Eldorado, see "Meet the New Neighbors," July 29, 2005.) Since Jeffs has been in jail, there have been numerous reports of FLDS members leaving the twin towns of Hilldale, Utah, and Colorado City, Ariz., together known as Short Creek, which have served as FLDS' headquarters for nearly 100 years. While it's impossible to know exactly how many people live at the gated compound in Eldorado, Mankin says there were about 80 vehicles on the property at last count, up from the 20 or so prior to Jeffs' capture. There are some cars, Mankin says, but the majority are trucks and SUVs – for sure, when you've got a family of 20 or so to cart around, a Kia sedan isn't exactly practical.