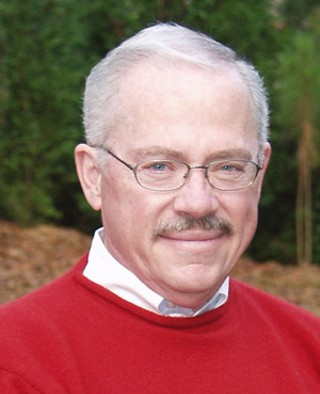 Once upon a time there was a Republican congressman named Bob Barr. He represented Georgia and had more than a few repressive and/or intrusive views on things. Take, for example, his stance on medical marijuana: After D.C. voters – constantly under the thumb of Capitol Hill on everything (that's what taxation without representation will get you) – approved a measure legalizing medi-pot for seriously ill District patients, Barr stepped up to the plate to completely thwart voter will via the so-called Barr Amendment, which sought to strip the city of all funding if officials attempted to "enact or carry out" any local initiative to legalize or reduce penalties associated with use or possession of pot (or any other drug). In essence, Barr was the Man responsible for suppressing the will of 70% of District voters – not exactly a great title to hold (not that it seemed to bother Barr, mind you).

Flash forward to March 2007: My, how times have changed. According to the Marijuana Policy Project (which, it should be noted, has railed against the Barr Amendment on more than one occasion), the nonprofit group has just hired – drumroll, please – former Rep. Bob Barr to be an MPP lobbyist. Whoa: I know, it's pretty stunning, but it would seem that Barr – who dumped the GOP last year to join the Libertarians – has had a come-to-Jesus moment, and in part, the MPP says, Barr will be lobbying to gain for D.C. residents the right to enact a medi-pot law. In other words, Barr will be lobbying against the 1998 Barr Amendment – or, as MPP's government relations guru Aaron Houston says, the amendment now referred to as "the D.C. medical marijuana amendment." Whatever you want to call it, Barr will now be lobbying against it: "I, over the years, have taken a very strong stand on drug issues," Barr told the D.C. rag The Politico last week, "but in light of the tremendous growth of government power since 9/11, it has forced me and other conservatives to go back and take a renewed look at how big and powerful we want the government to be in people's lives." Amen, brother Barr, amen.

Anyway, Houston and the rest of the MPP are pretty stoked about adding Barr to their ranks, in part because he does have a reputation on Capitol Hill. Adding him is a "boon to the cause," says Houston. "It's a boon to the movement." Indeed, Houston says the news that Barr would join MPP has received a lot of attention on the hill – "Everybody," Houston says, "is talking about it." And that's usually a good thing when you're trying to get shit accomplished.

In addition to lobbying against the Barr Amend … errr … the D.C. medi-pot amendment – and for medi-pot laws in general – Barr will also take on the governmental beast known as the Youth Anti-Drug Media Campaign, the granddaddy of all drug-war boondoggles (not counting the drug war itself, that is).

To refresh, the anti-drug ad campaign from the White House Office of the National Drug Control Policy – the beast responsible for all those trite don't-do-drugs commercials – is a multimillion-dollar loser. Problem is, you see, that the ads don't work – never have, never will. In fact, several of the ads have actually had a reverse effect, which is to say – oh irony, you cruel, sweet mistress – that they've been isolated in research as commercials that have actually prompted teens to try drugs, specifically pot. In fact, it appears the ONDCP actually knew the ads weren't working but sat on a report that pointed that out. Nonetheless, the ONDCP – home to the nation's drug czar, John Walters – continues forward with its automatonlike assurances that drugs are bad and that anti-drug commercials are good, even as congressional skepticism about the program continues to grow. Let's put it this way: You know your program has issues when normally staunch drug-war allies – like Rep. Charles Grassley, R-Iowa, who last year called for Walters' ouster – begin questioning the efficacy of your strategies. (Of course that reality didn't stop President George W. Bush from calling for a 31% increase next year for the ad-campaign budget, which would give it $130 million to piss away.) Cue Barr, who Houston and MPP hope will now play a pivotal role in the increasingly popular quest to quash the anti-drug ad program: It is so "clear cut" that it's a failure, Houston says, but the fact that it continues on "demonstrates how incredibly difficult it is to kill a program in Washington."

I never would've imagined saying this (and it feels weird even thinking it): Here's hoping that this union of Barr and MPP is the start of a long and beautiful friendship.

Now I have to go shower.