Home Sweet Mueller: These renderings show row houses (above) and yard houses (below), two styles from David Weekley Homes available to both market-rate ($240s to mid-$300s) and affordable-program ($120s to $160s) buyers. Information about all home styles available from Mueller's five builders is at www.muelleraustin.com.

Did you ever hear of sweet Betsy from Pike,

Who crossed to the old airport with her husband, Ike,

With three stars for Green Building, onward through the fog,

A bus pass, Ikea couch, and an old yeller dog?

For inner-city pioneers priced out of Downtown condos, Mueller – the new community on the site of Austin's former municipal airport – could offer an affordable abode that beats the pine tar off a log cabin. Homesteaders adventurous enough to settle this new territory can register – through April 30 – to become one of the "Mueller Pioneers," the first 340 households to stake a claim at Mueller. Already, more than 4,500 Austinites enticed by the future New Urbanist community – on a 711-acre site east of I-35 near 51st Street that today looks like, well, an abandoned airport – have registered to receive information about possibly living at Mueller. Eventually, the development will include more than 4,000 homes, parks and trails, a hospital and doctors, a school, shopping, offices, employers, and hopefully rail transit. Appropriate to the Mueller Pioneer concept promoted by master developer Catellus, folks long on gumption but short on cash can stake a claim at Mueller, too, thanks to its affordable-housing program.

In all, about 2,200 homes will be built for sale at Mueller (pronounced "miller") over the next decade or so. The market-rate housing in phase one is priced from the $180,000s for a 900-square-foot home, to the $600,000s for a 3,700-square-foot home. For that you also could get a swanky new condo Downtown. But as Austin's largest public-private venture, Mueller serves the public interest by providing 25% "affordable housing" reserved for households of lower-than-median income. That translates to 550 affordable-program homes over time. In addition, Mueller is planned for 2,400 rental units, again with 25% reserved for families of (even more) modest means. The guarantees of affordability are written into the Master Development Agreement between the city of Austin and Catellus Development Corporation. Mueller is particularly significant because it represents the single largest addition to the city's stock of new affordable housing, according to Margaret Shaw in the Neighborhood Housing and Community Development office. As such, and given the city's huge public investment at Mueller, its affordable-housing program is relevant to all Austinites – rich, poor, or slacker.

In phase one, the 71 affordable-program residences at Mueller will be built by David Weekley Homes in two styles: attached row houses, and detached yard houses, with two or three bedrooms. To ensure a truly income-integrated community, the affordable-program homes will be sprinkled throughout the development. David Weekley also is building and selling market-rate housing right across the street, said Weekley's Jim Rado, providing every incentive to make the affordable-program homes of equal quality and indistinguishable from the exterior. An architectural review committee, the New Construction Council, must give its tasteful blessing to all home designs before the builders can proceed. Mueller home facades harken back to pre-World War II neighborhoods, in that sweet New Urbanist way, with regional character and materials. All must be built to three-star standards for energy efficiency and other sustainable features, as specified by Austin Energy's five-star Green Building Program. (The standards for each star soon will be raised, in accordance with the Austin Climate Protection Plan; future phases of Mueller homes rolled out in 2008 and later thus should be even more stellar paragons of energy conservation.) 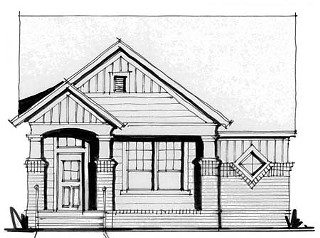 Rado said the home-builder doesn't expect to make a profit on the affordable homes: "For us, it's a break-even proposition. But we think of it as the good we're doing for the community." Nationally, Weekley has substantial experience building New Urbanist communities, such as Disney's Celebration Florida, said Rado; locally, this is its first venture into affordable housing. "I'm very honored to be part of it," said Rado, because providing affordable housing in Austin "is important, and not all of us get a chance to do it, in this big of a fashion."

To get into the affordable-housing program, prospective Mueller Pioneers must qualify according to their income (see "How to Be a Mueller Pioneer," next page). The standard, established by the city's SMART housing program, is that the homes are reserved for households with no more than 80% of the area's median family income. Current HUD income limits for Austin set standards for 80% MFI by household size: one-person, $39,850; two-person, $45,500; three-person, $51,200; four-person, $56,900; with gradual increases up to $75,100 for an eight-person household. While updated 2007 HUD limits are expected any day, city HUD liaison Steve Villasenor does not expect to see substantial changes.

Villasenor makes the point that "Austin has the highest MFI in the state, as a highly educated, high tech town with incomes to match." Yet it can be difficult for Austin's lowest-income households to hit the necessary sweet spot: the ability both to income-qualify and to mortgage-qualify with the lender. A household just barely under the 80% bar – say, a couple with a combined income of $45,000 – has the best chance of doing both. By comparison, a couple at 60% MFI – $34,000 – would easily income-qualify, but might not be able to swing the monthly mortgage payments, homeowners association fees, and other costs of homeownership. For those households, Mueller will have affordable-program apartments priced at the 60% MFI level.

Affordable-housing consultant Frances Ferguson, a leading expert nationally in affordable housing who has been retained by Catellus for Mueller, said she's been pleased by how the developer is actively exploring ways to achieve even deeper affordability for some homes. Tools proven successful elsewhere, she said, include shared equity, an affordability stewardship fund, land trusts, deed restrictions, co-ops, and subordinate liens. "These tools have been used in a lot of cities, to help achieve the goals of deeper and longer affordability, while still allowing some appreciation to the owner," she explained.

Going the extra mile to embrace low-income, minority, and first-time home-buyer pioneers, Catellus has engaged Frameworks, a community-development corporation, to provide hands-on assistance with the often mind-boggling paperwork and details. Together with partner Numbers by the Book, Frameworks is assisting determined pioneers with credit counseling, credit repair, and homeownership and money-management classes. Joyce McDonald of Frameworks said she also can help folks with the hurdle of a down payment; reduced down-payment programs or grants are available through lenders, the city of Austin, and other sources. As additional outreach, postcards announcing the availability of Mueller housing were sent to more than 40,000 residents in surrounding East Austin neighborhoods.

One weakness at Mueller – of special concern to low-income families – is that while new "circulator" mass transit connecting Mueller to other parts of town is integral to the master plan, no such transit – whether streetcar line, light rail, or urban commuter rail – is actually in progress (due to Austin's lack of consensus, united political will, and leadership in getting the job done). When and whether rail-based transit will materialize remains to be seen. (Meanwhile, Capital Metro will make route changes to better serve Mueller; these routes should be expanded as the street grid gets further built out.) But mass transit is a requirement for increased density at Mueller. Matt Whelan of Catellus said of rail-based transit, "We've planned for it from the beginning. We've set aside places for the tracks to go and designed the infrastructure around it." Asks longtime Mueller community representative Jim Walker, "What more do we have to do to be a demand center for rail than what we've done?"

Another concern recently raised by some potential home buyers is the need to revisit the restrictive homeowner association covenants that will govern residents. Austinite Tiffany Hamburger sees "freedom of expression" problems with the 134-page Mueller Master Community Covenant, an appendix to the Master Development Agreement that uses boilerplate language taken from suburban models. "How will these [restrictive covenants] be reconciled with the 'Keep Austin Weird' ethos?" echoes Prentiss Riddle, a potential Mueller homeowner. He notes that in other HOAs, covenants have been interpreted to forbid yard art, wildflowers, unwatered buffalo grass in August, unmarried or gay couples, anti-war signs, and rainbow flags.

"A mixed-use, mixed-income, urban-infill site is not what HOAs in Texas were designed for," notes Walker, adding, "For most of the central neighborhoods we love around Austin, you couldn't design an HOA around them – they're too eclectic." But Walker points out that the Mueller HOA covenants are still fully open to amendment and fine-tuning. "There probably is some alignment that needs to happen between the design guidelines and the HOA covenants. But as long as we're tending toward the principles in the master plan, I think we're on the right track." Those who want to chime in on this discussion (and many others) can do so at mueller_redevelopment@yahoogroups.com; the dates for monthly open community meetings about Mueller also are posted at the Yahoo! group.

Settling the new territory is bound to be rugged, what with covenants to wrassle and rail lines to lay. Not to mention daring hunting trips to Ikea (or Goodwill) to bag furnishings worthy of a New Urbanist lifestyle. But adventure irresistibly beckons: Eastward ho, pioneers! 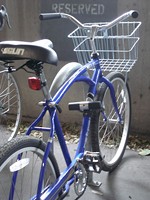 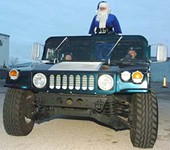