'No one dies of an asthma attack' 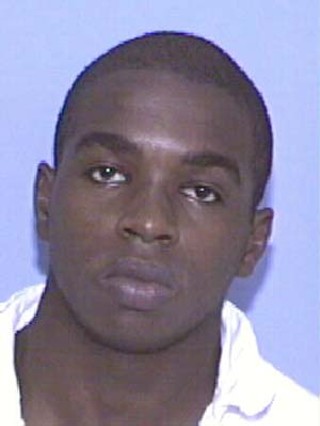 It was shortly before 1pm on Aug. 1, 2004, when Micah "Mike" Burrell realized he was having an asthma attack. Burrell was alone without an inhaler inside his segregated prison cell in the Texas Department of Criminal Justice's McConnell Unit in Beeville, and he needed medical help. He called out to the inmates in neighboring cells – he needed to get to the prison infirmary as soon as possible. Minutes went by before a guard showed up. By then Burrell was already doubled over in his cell, gasping for air, but instead of rushing the 24-year-old inmate for help, the guard left Burrell there. Forty minutes later, Burrell was still lying in his cell struggling for breath, even though six guards and a prison nurse were now there.

Still, they didn't do anything to help. Instead, says Scott Medlock, prisoner-rights attorney for the Texas Civil Rights Project, the guards stood, staring at Burrell and cracking jokes, mocking him and accusing him of "faking" the attack. "That's not what asthma looks like," one allegedly said, and the nurse weighed in, telling the group that "no one dies of an asthma attack."

Unfortunately, she was wrong. After suffering on the floor for more than an hour – with guards and a nurse watching the whole time – Burrell was taken out of his cell, to a local hospital, where he was pronounced dead. Burrell was just weeks shy of his 25th birthday, and in several months he would have been eligible for parole.

At a press conference March 8, Medlock said that after more than a year of legal wrangling, Gov. Rick Perry had finally signed off on a $140,000 settlement between TDCJ and Burrell's family, closing a federal wrongful death suit the family brought in 2005. But while this case may be closed, Medlock said, the circumstances surrounding Burrell's death are by no means unique. Since 2000, 16 inmates have died at the McConnell Unit – and each death, he said, was likely preventable. Instead, a failure to follow policy, and to provide adequate medical attention in a timely manner, was to blame in each death – including Burrell's.

According to TDCJ policy, asthmatics, for example, are never to be housed alone, a policy the McConnell Unit clearly violated – in large part, Medlock said, because then-Assistant Warden Eileen Kennedy, who was in charge of administrative segregation at the unit, admitted in court proceedings that she wasn't even aware that policy existed. Further, prison officials had repeatedly failed to provide Burrell with the $60 inhaler he needed – and that likely would have saved his life.

"Nobody would deny that Mr. Burrell's death was tragic," said TDCJ spokeswoman Michelle Lyons. "But we would argue that the medical treatment provided by TDCJ is [well within that required by] the Constitution."

Still, Medlock said TDCJ negligence at the McConnell facility has been implicated in at least 16 other deaths – including six cases of death by hanging. In May 2003, 40-year-old inmate Darrel Wafer died of hyperthermia because a nurse and guards failed to pull him out of a shower after he collapsed there. The water temperature had climbed to 190 degrees – Wafer literally "cooked to death," Medlock said. Indeed, Wafer's body temperature at death was at least 107.9 (an accurate reading wasn't possible since the thermometer topped out at 107.9).

Medlock and fellow TCRP attorney Wayne Krause said the McConnell cases provide stark examples of the trouble with TDCJ's medical care. Part of the problem is that information about prison health care isn't readily accessible to either the public or to inmates, a fact noted by the Sunset Commission in its review of the agency last year. In part, the lack of data "makes it difficult for the public and policymakers to evaluate how well the system works," reads the report. "Data related to quality assurance efforts, offender deaths and disease, and complaints and grievances can show the success or deficiency of the efforts undertaken to address offenders' healthcare needs."

In an attempt to begin addressing these concerns, state Rep. Sylvester Turner, D-Houston, filed on March 2 legislation (HB 2356) calling for a state comptroller audit of the Correctional Managed Health Care Committee and all of its health-care provider contracts. In all, TCRP attorneys say that lawmakers must improve the system – one that is perilously close to being unconstitutional, Medlock says. Right now, says Krause, the problems are "systemic … causing people to die, and [families] to grieve."