Tweet
print
write a letter
Twenty years ago this spring, in capital murder case McCleskey v. Kemp, the U.S. Supreme Court was called on to address racial disparity in the application of the death penalty. University of Ohio professor David Baldus had done a sophisticated statistical analysis addressing the issue of whether race impacts the decision to sentence an individual to death. His study found that "defendants charged with killing white victims were 4.3 times as likely to receive a death sentence as defendants charged with killing blacks." And, "Black defendants were 1.1 times as likely to receive a death sentence as other defendants." In a holding that has been characterized as one of the most racially biased Supreme Court decisions of the 20th century, the court held that because racial "disparities in sentencing are an inevitable part of our criminal justice system," there was no violation of the Constitution.

This past weekend at Columbia University, a group of activists, academics, and advocates gathered to address the issue of racial fairness in the criminal justice system now, 20 years after the McCleskey decision. Conference speakers emphasized that nothing has improved in the past 20 years in terms of racial bias – racial disparities in most aspects of the criminal justice system (police profiling, incarceration rates, sentencing disparities) have only gotten worse. Sen. Rodney Ellis, D-Houston, was one of the featured speakers, addressing the issue of how legislation can be used to effect change.

"I'm in a tough state," Ellis reminded the crowd. One where the racial disparities in capital cases are just one of myriad problems with the criminal justice system. Ellis cited his recently proposed legislation to create an Innocence Commission as one example of how government can act to diminish the impact of racial disparities. (The majority of exonerations in capital cases have been of African-American and Latino defendants.) "I don't take the position that I'm against the death penalty," Ellis said. "But I do say that if we're going to have it, it would be nice if the right person was executed, and it would be nice if we didn't reserve it for people of color." 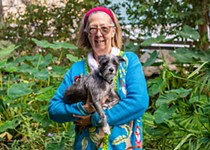