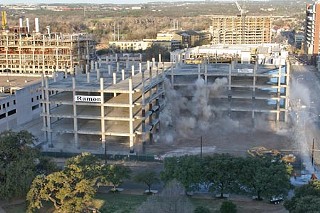 That embarrassing reminder of Austin's tech-industry implosion, the Intel shell, was itself imploded on Sunday morning. Despite 11th-hour attempts by Mayor Will Wynn to preserve the unfinished building in the hopes that it might be the next Downtown mixed-use condo tower, the federal General Services Administration went ahead with plans to bring down the house and build a new federal courthouse on the property. Hundreds of Downtown residents and other gawkers – some fortified against the early morning (7am!) hour with Bloody Marys and beer – raucously cheered the destruction. Hopefully their hangovers were no worse than the collective one our city suffered earlier this decade. 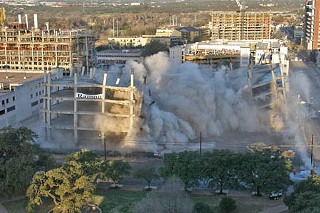 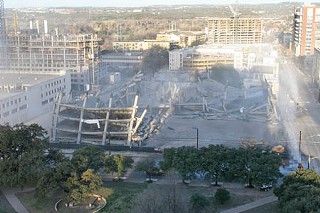