TXU agrees to buy-out, announces it will abandon plans for eight of its proposed coal-fired plants

Tweet
print
write a letter
Marking a monumental turn of events in Texas' war over the construction of 17 new coal-fired power plants, TXU, the energy giant with 11 controversial plants in the state's permitting cue, announced this weekend that it will abandon plans for eight of its proposed plants – as the utility agreed to be bought out in the largest such corporate acquisition in history. Texas Pacific Group and Kohlberg Kravis Roberts & Co., the two private equity firms set to buy TXU for roughly $45 billion, search for "undervalued" companies to scoop up, and became interested in TXU as its stock tanked amid intensifying public outrage and Wall Street uncertainty over its unprecedentedly large coal plans, not to mention recent court-ordered permitting delays and increasingly likely federal CO2 capping legislation. Though the painfully complex leveraged buy out is far from complete, TPG and KKR (who met with environmental leaders prior to inking the deal) have publicized plans to execute an environmental about-face with the new TXU. Here are the preliminary terms of the deal:

• Ditch plans for eight of the 11 coal-fueled generation units, cutting 56 million tons of annual carbon emissions (according to TXU)

• Terminate previous plans to expand coal operations in other states.

• Endorse the U.S. Climate Action Partnership platform, including a call for a mandatory federal cap on carbon emissions.

• Honor a previous agreement to reduce emissions of mercury, sulfur dioxide, and nitrogen oxides by 20% from 2005 levels (previously contingent on the approval of all 11 plants)

• Establish a Sustainable Energy Advisory Board, on which Environmental Defense's Jim Marston will serve.

• Decrease by 10% the utility rate price for residential customers (though many energy experts and regulators feel rates should drop at least 30%).

TXU's turnaround was an "earthquake that happened in Texas, whose shockwave will be felt from Wall Street to Washington," said David Hawkins, director of the Natural Resource Defense Council's Climate Center, adding "that the buyout reflects the conclusion that big business can no longer ignore global warming and come up with sound business strategies." Tom "Smitty" Smith, director of watchdog group Public Citizen's Texas office and perhaps the state's foremost warlord against dirty coal, called the events "the tipping point in the battle over whether CO2 will be regulated by Congress," saying it's not a matter of if, but how soon. With eight more plants still being sought in Texas and at least 150 more proposed nationwide, Smitty said other utilities should heed this message: "The times have just changed, and anything you do will have to have a climate-change offset."

Their bloodlust temporarily satiated, the legions of fighters united against dirty coal – including rural community groups, big city governments, and enviro-organizations, armed to the teeth with cash and high-powered lawyers – now turn their attention to the eight remaining plants, proposed by seven different utilities and soon to be moving through the state permitting process. Marston said his staff is initiating detailed analyses of every proposed coal plant statewide and is planning to push harder for pending energy-efficiency measures at the Legislature, "demonstrating that there are faster, cheaper, and cleaner alternatives," to meet Texas' energy needs.

While the TXU events are being hailed as a resounding victory by those opposing dirty coal, concerns linger over whether the utility's new private ownership will obscure its operations from public scrutiny, how diligently the utility will set about cleaning up its existing plants (some among the nation's most polluting), whether it will move toward developing nukes, and what will happen to the utility's glowing green promises if its private equity firm owners flip TXU down the road (a common practice in the business).

TXU gave a corporate face to global warming and air pollution over the past year, to which the public dealt a colossal, financially debilitating bitch-slap. With TXU now trying to pull itself together, it's unclear whether other utilities want some. 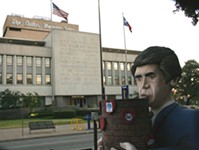 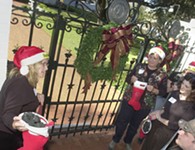