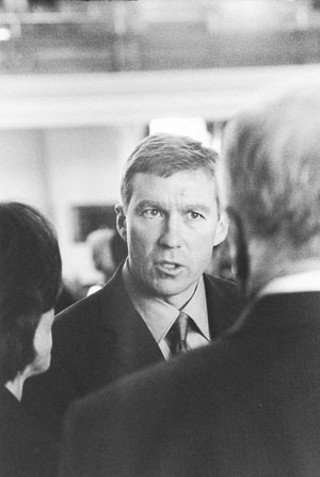 Tuesday should have been a gold star day at the House Transportation Committee, one that would finally put the Texas Department of Transportation and the Texas Transportation Institute in the same room at the same time to duel it out over the long-term scenarios for how to pay for the cost of highways in Texas.

Instead, a couple of lawmakers – first Rep. Linda Harper-Brown, R-Irving, and then Sen. John Carona, R-Dallas – turned Texas Transp-ortation Commission Chair Ric Williamson into a human piñata in their frustration over Texas toll roads. First, Harper-Brown, a longtime Irving City Council member, berated Williamson over a document – which Williamson unwisely called "foolish" – that indicated that Dallas received $4.5 billion less over the last five years for transportation funding than it would have under the past system of parceling out federal funds, often referred to as the "fair share" system.

Under the new funding formula – which is intended to localize transportation decision-making and decrease the "begging" of regional delegations before the TTC – the focus is not how to spend available money, but how to address the transportation plans of a particular region, Krusee said. According to the numbers, the biggest beneficiary of this approach has been the Austin region.

Later, Krusee gave Carona, the chair of the Senate Committee on Transportation & Homeland Security, a chance to address some comments to Williamson. Carona pressed Williamson for a meeting this week, saying Williamson's office said he was booked through March. Williamson, never one to be backed into a corner, attempted to brush off the request, saying simply that he'd call Carona's office to set up a time for a meeting. It was not a meeting, Williamson said, but simply a call to set up a meeting.

"It is this kind of lack of commitment and artful dodging for something as basic as an appointment to meet with you [that] causes the hostility and the friction that exists right now," said Carona, who has filed some distinctly anti-toll-road legislation this session. "The fact that you would sit there and be so arrogant that you would not even commit to a meeting date when I'm telling you that over the next several days I'll be available at any time that will work for you is very troubling."

To this, Williamson could only say, "Thank you." When pressed again for a commitment for a meeting, he replied, "Frankly, senator, I'm speechless."

The confrontation was the talk around the Capitol. Most long-term observers were nonplussed. "There's a reason why we used to call him Nitro Williamson," said one former colleague-turned-lobbyist.

As to the difference between the projections of need by TxDOT and the Texas Transportation Institute – TxDOT says the state would need a $1.40 gas tax to cover the gap; TTI says it would require a 10 cent gas tax increase plus ongoing increases indexed to highway costs – the numbers are closer than they might appear on first blush.

As both Williamson and TTI's Dennis Christiansen pointed out, the assumptions in the two reports are different. While both start with the same general level of need – an additional $86 billion in new roads by 2030 – TTI assumes that local jurisdictions will pick up a third of that cost, through toll roads, local-option gas tax, or simply general revenue expenditures backed by property taxes. The two reports also tinker with issues such as the fuel efficiency of fleet vehicles and other such numbers.

The bottom line on the TTI report projects that the gas tax on the $56 billion in identified needs – the initial 10 cents plus increases as needed – would be about 90 cents a gallon by 2030. The highest rate in the country right now is 33 cents. 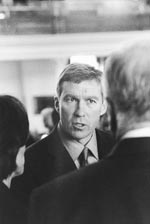 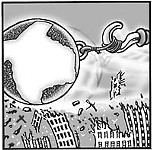 Transportation and Land Use: Immobilized
Pouring concrete at the Lege is not as easy as it looks.