Tweet
print
write a letter
Some have dubbed the upcoming state legislative session the "higher education session" for its anticipated shove toward tighter funding and greater accountability for the state's colleges and universities, but a more modest push also is under way on the other end of the spectrum to expand early childhood education.

Sen. Judith Zaffirini, D-Laredo, will be carrying the water for the Texas Early Childhood Education Coalition this session with the filing of Senate Bill 50, a shell bill intended to expand prekindergarten opportunities, increase child care reimbursement rates, and improve support and training for early childhood professionals.

Libby Doggett, executive director of Washington, DC-based Pre-K Now and wife of Sen. Lloyd Doggett, visited a number of early childhood operations recently to praise local efforts to expand early childhood opportunities, including the opening this year of the Lucy Reed campus, AISD's first prekindergarten center. Doggett says a number of factors have worked together to raise the profile of early education.

"We know, from the new discoveries in brain research, that these years – from birth to 4 years old – are such an important time of growth and development in a person's life. We knew this was an important time, but we underestimated how critical this time was to overcoming learning gaps," Doggett said. "The other factor that is propelling pre-K to the forefront is No Child Left Behind. Those children who come into kindergarten behind their peers are not as likely to do well on state tests and fall behind their peers forever. You can make a tremendous difference if you catch these children early."

Doggett supports a number of legislative initiatives: smaller student-to-teacher ratios in prekindergarten classes; better coordination between public and private prekindergarten efforts; and, ultimately, full-day prekindergarten for all children in the state.

Jose Del Valle, executive director of the Austin Project, said he is heartened by the opening of Lucy Reed and the rise in stature of groups such as Pre-K Now, but admits he suffers from a serious case of philanthropy envy. "You look at something like high school redesign, and it seems like there's a ton of money for that from places like the Gates Foundation," Del Valle said. "Early childhood development is such a cost-effective strategy, I can't help but wish for more money to address some of these early barriers to learning." 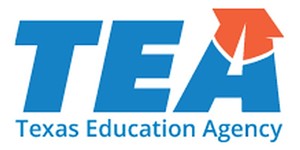