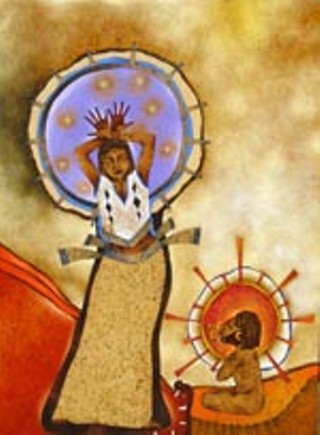 When Oaxacan artist Gerardo Bonilla told a Mexican writer back in 2004 that his paintings "take us into complicated stories" and that they have "walkers" who journey to "remote places," he had no way of knowing that he would involuntarily become one of his own "walkers."

On Saturday, Nov. 25, Bonilla, whose work has been featured in Austin's La Peña gallery, was picked up in what was reported in the Mexican media as a federal police sweep in Oaxaca City, the epicenter of clashes between protesters and law enforcement since late October, when then-President Vicente Fox sent federal police. Striking teachers, indigenous groups, students, and leftists, who say Gov. Ulises Ruiz's 2004 election was fraudulent and that his government has consistently retaliated against dissenters, have been trying to oust Ruiz from power for about seven months.

According to Reuters, "Truckloads of police carrying assault rifles regularly patrol the city arresting suspected activists." Mexican police arrested Flavio Sosa, a central figure of the protest movement, on Monday in Mexico City, "hours after he gave a news conference saying he had come to the capital to start talks with the government. … Leaders who accompanied Sosa at the news conference said that a total of 220 protesters have been detained during the conflict in Oaxaca, though police cite a figure of around 170," the Associated Press reports.

When he was arrested, Bonilla was working in an artist-run cafe gallery he helped UT-Austin graduate student Emiliana Cruz, who is from Oaxaca, start in 2001. "He was there at the wrong time," said Cruz, who has not talked to Bonilla but has family in Oaxaca. Cruz says Bonilla's name appears on a list of people arrested during the sweep but doesn't know where he was taken. Another longtime friend of hers, painter and elementary school teacher Dionisio Martinez, is also missing. Martinez does not appear on the list of names, however. "We don't know if he's alive," Cruz said. "The family has not been able to get a hold of him."

In Austin last Thursday, about 30 people protested the sweep at the Mexican Consulate on Brazos. Some participants carried around Bonilla's artwork, said Geoff Valdés, one of the demonstrators. Cruz, along with her daughter, met with Hugo Rene Oliva Romero, Mexico's deputy consul general in Austin, about Bonilla and Martinez the next day. Oliva Romero told them he would write a letter to officials in Mexico inquiring about Bonilla and Martinez's cases, Cruz said. As of press time, Oliva Romero could not be reached for comment.

According to the Associated Press, "The violence seemed to come to a head last week when protesters set colonial-era buildings on fire, prompting police to begin arresting demonstrators." The crackdown has apparently resulted in a tenuous, surface-level quiet. "City hall has reopened, taking building permit applications and receiving taxes after months of interruptions. Even Ruiz has been walking the streets," Reuters reports.

The recent arrests and detentions coincide with the swearing in of new President Felipe Calderón, who took office amid much protest Dec. 1. (In Mexico's close, contested July 2 presidential election, the state of Oaxaca, one of the poorest in the country, went to the populist Democratic Revolution Party candidate Andrés Manuel López Obrador.)

Cruz said she and the people she knows back home are worried about what will happen next. "Right now, Oaxacans are living in a very tense situation." 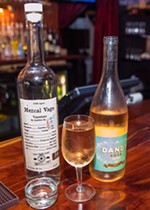 Snapshot: King Bee Lounge
Mezcal and the meaning of life