Who Should Pay for Lobbying?

Tweet
print
write a letter
Proceedings began Monday, Nov. 6 in a lawsuit filed by Peggy Venable, Janice Brauner, and Judy Morris – members of the Americans for Prosperity foundation – against Williamson County and the Texas Association of Counties. At issue is taxpayer-funded lobbying. "The suit asserts that Williamson County has used general revenue funds to support county associations, including the Texas Association of Counties. TAC employs 15 registered lobbyists and participates in lobbying activities," AFP director Venable said.

The two sides differ on what constitutes prohibited activities, however. To AFP, Local Government Code statute 89.002 is clear on that point, as it states that "commissioners court may spend, in the name of the county, money from the county's general fund for membership fees and dues of a nonprofit state association of the counties if … neither the association nor the employee of the association directly or indirectly influences or attempts to influence the outcome of any legislation pending before the Legislature." But according to the plaintiffs' pleadings: "What TAC is allowed to do is serve as an 'information source,' not as an advocate." Venable says that taxpayer-funded lobbying "shields elected officials of cities, counties, and schools by allowing them to hide behind lobbying organizations and other hired guns."

C. Robert Heath, an attorney hired by WilCo and TAC, draws upon reforms, passed decades ago by the Texas Legislature, to define what lobbying activities are taboo with respect to tax-funded agencies. "Lobbyists can't pass money under the table, put on lavish events with food and drink, make contributions to campaigns," Heath said. His pleading states that lobbying has an "important role" in the legislative process. "In the ideal situation, a lobbyist's primary role is one of providing lawmakers with information in hopes of influencing legislative decisions," he wrote.

One of APFD's goals is to publicize how tax-funded lobbying has of late assumed a nefarious camouflage. According to Brauner, "Agencies may have two pockets. One pocket does the lobbying, and the other pocket gets the government money." The case is being heard by Judge Ken Anderson in 277th District Court. 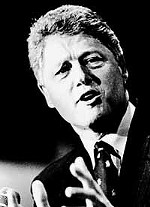