Tweet
print
write a letter
Travis Co. commissioners on Oct. 27 announced their decision to hire Dr. James A. Wilkerson IV as the county's new deputy chief medical examiner. Officially, the chief deputy position is a new one, created in July "to assure depth in operational command at our Medical Examiner's Office," County Judge Sam Biscoe said in a press release; in practice, however, the new No. 2 spot is a position long-held by former Deputy ME Elizabeth Peacock, who cited poor working conditions when resigning her position in May.

Wilkerson, currently the chief of staff for Mercy Hospital in Merced, Calif., will start with the TCME in January. When he dons the county's white lab coat, he'll become the second full-time pathologist with the TCME, joining another new hire, Dr. David Dolinak, who took over as the county's third-ever chief ME in August, replacing veteran ME Roberto Bayardo, who worked for the office for nearly 30 years and handed in notice of his retirement this spring. In a press statement, Dolinak said he is pleased to have Wilkerson join the office and that Wilkerson's experience – including 11 years with the U.S. Army Medical Corps, where he gained expertise in mass casualty and disaster management (two planning areas that previously were handled by Peacock) – "is important to assuring the [TCME] is a strong partner in the emergency response system for Central Texas." 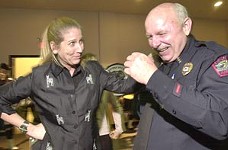 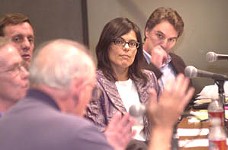