Comptroller releases report charging that agreement between Accenture and Health and Human Services Commission was crafted to benefit Accenture's bottom line, and that the company has already profited despite series of missteps

Tweet
print
write a letter
Can 60 legislators, two gubernatorial candidates, and the Texas State Employees Union be wrong about Accenture? Gov. Rick Perry and his top lieutenants seem to think so, as they are always quick to defend the controversial contractor the state hired last year to process applications for social services. But last week, one of Perry's opponents, Comptroller Carole Keeton Strayhorn, raised the stakes with the release of a 161-page report that accuses Accenture of taking Texas to the cleaners on the $899 million contract.

The report charges that the agreement between Accenture and the Health and Human Services Commission was crafted to benefit Accenture's bottom line and that the company has already profited despite a series of widely reported missteps, including ill-timed layoff announcements and the swift drop of more than 20,000 needy children from the Children's Health Insurance Program in the last year. The report also faulted HHSC for handing Accenture the job without much forethought, resulting in a transitional train wreck of sorts.

The comptroller's office launched an investigation into Accenture five months ago at the request of three lawmakers – Sen. Eliot Shapleigh, D-El Paso, and Reps. Carter Casteel, R-New Braunfels, and Carlos Uresti, D-San Antonio. The three were also among 60 legislators last July who signed a letter calling for termination of the Accenture contract; 30 other lawmakers responded with a letter supporting Accenture. Perry's office has accused Strayhorn of politicizing the Accenture deal by releasing her report less than two weeks before the election. For that matter, Democrat Chris Bell has spotlighted Accenture in one of his TV ads. 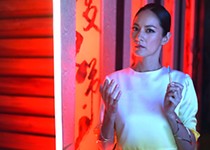