An underwhelming Martha Stewart was a keynote speaker at the sold-out, fem-lite Texas Conference for Women last Thursday at the Austin Convention Center

"She has great hair!"

With that ultimate gal-to-gal endorsement, Anita Perry introduced Martha Stewart as keynote speaker at the Texas Conference for Women last Thursday, to a sold-out crowd of 8,000 at the Austin Convention Center. Stewart smiled, casually chic in a leather blazer and cream silk blouse. Simulcast across the vast hall on enormous monitors, her earrings glittered.

For seven years running, the conference has provided Gov. Rick Perry and the First Lady with a showcase for the gov's deep sensitivity to women's issues. Or something. With its heavy reliance on corporate sponsors and the selling of tables to employers, the conference provides companies with a way to demonstrate that they, too, care deeply about women (whatever their corporate employment policies may be). The Perrys plug their conference as "the premier educational and networking event for Texas women." Terms like "empowerment" and "big dreams" and "opportunity" and "leadership" reverberated throughout the day. But while the event was all about self-celebration, its tone was decidedly feminism-lite. Side-stepped were social criticism, activism, and even women's causes – except for breast cancer, the corporate darling.

Once Mrs. Perry moved beyond hair envy, she called Stewart "an incredible female leader" and assured the crowd, "Your expectations can't be too high today!" Actually, when Stewart herself stepped to the lectern, they couldn't have been low enough.

The business mogul – whose Martha Stewart Living Omnimedia is a publicly traded corporation with some 650 employees and $209.5 million in current revenues – presented herself as a simple homemaker puttering about the kitchen and garden. This educated and ambitious audience might have expected to hear insights from Stewart's professional life or perhaps a motivational talk about her personal perseverance in rebounding from her infamous 2001 insider-trading sale of ImClone Systems stock. (A September Fortune article noted that MSO share prices were up 10%, after tumbling nearly 55% in the 18 months after Stewart was released from prison.)

Instead, "Martha" (as she's branded herself) discussed hydrangeas. Having signed a slew of recent licensing deals with blue-chip companies, she delivered an infomercial in which she plugged a corporate partner or product every few minutes. She did provide one feminist moment, declaring, "Women should support women," and "I really am a supporter of women!" and (with a nod to the First Lady), "I'm bipartisan because I have subscribers who support everything!" But from there, her talk quickly devolved into a stunningly narcissistic series of riffs under the theme, "all about me." (The gal-empowerment spirit was considerably dampened, alas, when Martha initially couldn't get her laptop to work. The crowd sat patiently. "I'm pushing 'Forward'" Martha assured them, then slightly more petulantly, "This was all tested!" In time, a Man-in-Black gallantly rescued her and got the PowerPoint rolling.)

To demonstrate her humble roots, Martha showed scintillating slides of her childhood home: "It was badly furnished!" And her mom: "Mother sewed all our clothes." And her father: "Dad was always very well-dressed." In showing snapshots of herself from her brunette, fashion-model years, she directed the audience to note her slenderness: "No one was thinner than I was in 1965!"

The domestic doyenne emphasized that her life's mission is to help ordinary women with truly practical advice. By following her example, plebeian gals can gain so many useful tips to apply in their daily lives. Here, direct from Martha, are a few priceless gems:

What to do when under house arrest: Hire a private chef! Throw a dinner party every single night. Martha doesn't know how she would've made it through "my legal difficulties" if it hadn't been for Chef Jacques. Quel blessing! With his help, Martha had 3,000 guests to dinner during her house arrest. And all of the herbs used came from her own garden.

How to meet a man after a divorce: Follow Martha's example and move to the Hamptons. There, the social whirl is much more conducive to snagging Mr. Right: "It's parties all the time!" Buy a big house, and put in a pool; when Martha did, she "really felt important."

How to practice sustainable living: Martha proudly informed the crowd that due to her commitment to the earth, "I never have turned on the pool heater." She cited this proudly as evidence of her determination to live "as simply, as organically, and as environmentally as possible." Then she proceeded to show slides of her multiple homes all over the eastern seaboard (one a "simple" 1920s granite mansion designed for Henry Ford, on a private 60-acre island.)

How to have great thighs: After buying yet another home in suburban New England, Martha installed a gorgeous stone stable, and filled it with large, rare purebred horses. "They've strengthened my thighs! Riding those giant horses, your thighs are bound to get better!"

Apparently, many in Stewart's audience didn't find these anecdotes as helpful as she hoped, as quite a few headed for the exits. A dozen women interviewed at random after the presentation all expressed disappointment and incisively critiqued the talk. The one "empowering opportunity" Stewart provided these women, to their credit, was realizing they were savvier than Martha.

Subsequent conference sessions did feature some inspiring speakers who addressed issues of substance, or at least made a sincere effort to be encouraging. In a touching lunchtime presentation, $5,000 college scholarships were awarded to tenacious young women overcoming troubled lives – the single hint that many Texas women face economic difficulties and often serious social injustice. Building leadership skills, stronger communities, workplace diversity, and global health challenges were among the session topics. Glaringly absent was any serious examination of women's issues and challenges in Texas. For example, a "how to" session on overcoming gender-based salary disparity would have been truly helpful to this professional audience – if it could ever get past the corporate sponsors.

In the end, 8,000 women got a corporate-blessed "Ladies Day Out" with a nice lunch and convenient exhibit-hall shopping for jewelry, make-up, and clothes (even a pink hammer). Based on brief interviews with participants, most arrived hungry for inspiration, motivation, career advice, and validation. Perhaps some left feeling pumped. But an attitude makeover hardly equates to real empowerment. 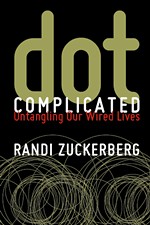