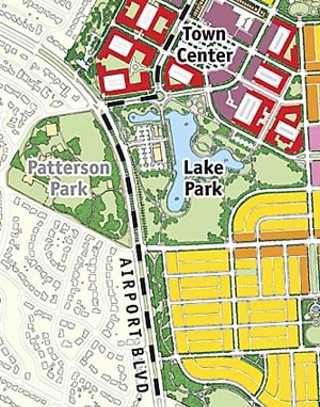 The ornamental entry to the Mueller neighborhood, on Aldrich Street off Airport Boulevard, is now planted with crepe myrtles and two massive twin oaks, moved from elsewhere on the property. Just south will be the Welcome Center and Lake Park (under construction).

The greenway running from the fire station on Airport Boulevard westward in an arc to the interstate will provide the first open/recreation area for the site; several others are planned throughout the neighborhood. 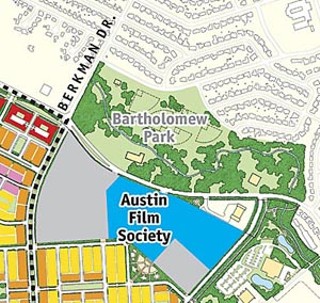 The Austin Film Studios (on 51st, oppostie Bartholomew Park) are within the Mueller site that will become mixed-use commercial, although the specific development plans are still pending.

In the Rathgeber Village, community nonprofits - including the Austin Children's Shelter, Family Eldercare, and others - are building new facilities on an adjacent tract of land donated by developer/philanthropist Dick Rathgeber.