The Greenest Zine in Town

The new Austin Environmental Directory – part investigative environmental reports, part encyclopedia of sustainability, and part yellow pages of everything green in Austin – is out 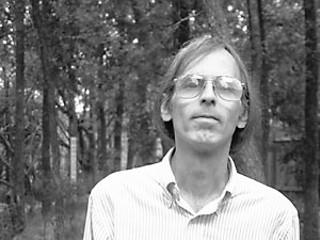 Paul Robbins, a 25-year veteran of green activism and the Yoda of the local environmental scene, last Tuesday released the latest edition of his Austin Environmental Directory, the fifth since 1995. Robbins, seated at the helm of the council dais at City Hall, received a standing ovation from a packed chamber as he began to introduce the 2006 directory. "There is not a day that goes by that some issue related to energy is not in the headlines," he said. "The greenhouse effect is causing world temperatures to reach new records, gasoline prices soar every time someone in the Middle East sneezes, the economy is stagnating because of increased energy costs, and the U.S. has 140,000 troops in the Mideast and Caspian to guard world energy supplies and prices. It is time that Austin created its own set of strategies to attain energy independence over the next few decades." Part investigative environmental reports, part encyclopedia of sustainability, and part yellow pages of everything green in Austin, if environmentalism ever becomes a religion, Robbins' environmental directories could be the books of its bible.

In its introductory section, the new directory focuses on energy and the predicament we've placed ourselves in through our vast dependence on imported fossil fuels. Robbins first playfully suggests that Darwin erred in stating that humans descended from apes and not lemmings, notorious for overpopulating their habitat and then freaking out as starvation sets in, often dying in a panicked state. Then, expanding its energy theme, the directory explores the U.S.' history of defending oil in the Mideast and Caspian in an article titled "Petrolistan," which includes a map chillingly depicting military bases, known nuclear weapons holdings, and oil reserves in the region. "Fire on Ice" discusses safety issues, including our increasing addiction to liquefied natural gas. If eight LNG terminals currently proposed for Texas are approved, the state will lead the nation in terminals. Considering the possibility of an LNG tanker explosion (a known terrorist plot), which could emit a fireball up to 8 miles around, the directory includes a never-before-calculated LNG threat assessment, reporting that the eight planned terminals will put up to 100,000 Texans in harm's way.

After constructing a gloom-and-doom scenario of oil wars, climate change devastation, and toxic pollution, the directory moves into two sections listing national clean energy solutions and specific recommendations for how Austin can solve its environmental problems, despite the federal government's lack of interest – ways to lead us "out of the wilderness," as one section is titled. There are detailed sections on green building, water conservation, locally grown food, recycling and composting, parks, and environmental groups. Robbins lays out energy-saving techniques such as retrofitting homes and apartments with high-efficiency air conditioners and water heaters and adding insulation and solar screens, using ultra-efficient geothermal heat pumps, moving away from gas-guzzling vehicles, and reforming our energy-intensive eating habits. Other city-specific reforms Robbins recommends include investing in wind power infrastructure rather than simply buying power, coupling it with proven compressed-air storage technologies, and including its cost on everyone's bill; tightening up and enforcing building codes for energy efficiency; implementing modern electrified streetcars; buying the for-profit gas company now serving Austin; mitigating urban heat-island effects with trees and reflective roofs; and building a biodiesel plant to fuel city trucks and local school buses. Also included is an exhaustive list of local professionals and groups willing and able to affect such changes.

The 127-page directory costs $2.50 by mail, and is available at more than 50 green-leaning locations around town as well as online at www.environmentaldirectory.info. The online version includes expanded versions of several articles. The main distribution points are Clean Water Action, 715 W. 23rd Ste. R (474-0605) and Texas Campaign for the Environment, 611 S. Congress #200 (326-5655). Robbins says a Houston edition is around the corner and that he one day envisions the directory being widely distributed in many cities

"If you become informed on energy issues, you'll know what's dangerous about conventional energy, and you'll know how to avoid it, and you'll be able to select candidates who support a transition to clean energy," Robbins said. "You can join environmental groups [to which an entire section is devoted] and select clean energy sources for you personal life, your home, your businesses, and your vehicle."